Over the last several years these two Milanese artists have explored, in both collaborative and independent projects, issues related to human relationships and the constant need for renewal of the psychological and emotional levels which everyday existence depends upon.

This project, which was conceived during Mocellin and Pellegrini’s period as artists-in-residence at P.S.1 in New York, consists of a series of photographs and a video installation entitled I’m too sad to tell you.

The whole work combines a narrative aspect, inspired by the cinematographic image, and a strong presence of text (both written and oral).  By using the metaphor of the game, Mocellin and Pellegrini investigate the continuous need for improvement and exploration of communication. This metaphor is used to speak of human relationships, the development of a reciprocal knowledge of the other, and of the roles we play in our personal relationships. 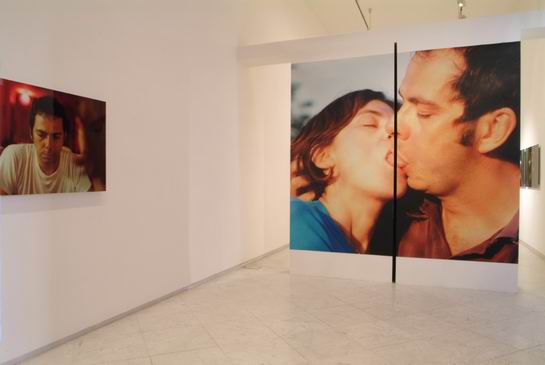 In the video installation the artists appear swinging on a swing, like the ones you would find in children’s playgrounds. While they speak to each other, whispering words that seem belong to two fragmented monologue rather than a dialogue, Mocellin and Pellegrini swing from one screen to the other, ideally crossing the space and making the viewer feel as though he or she was caught in the middle of the action.

The alternating points of view and the oscillation of the swing, sometimes synchronized but most often not, expresses emotional instability, the varying rhythms of a relationship, the impossibility of attaining a univocal truth, the continuous research of a balance so hard to find that it is destined to remain always precarious.

The photographs are inspired by the same question.  Some, as in the movement of the swing, deal with the impossibility of absolute identification and reflection of one in the other. In the other works, which are split into two separate panels that are nevertheless presented side by side, the artists express the risk and uncertain outcome of every personal relationship and emotional expression.  A strong tension is produced by this physical division of the photograph into two panels and the emotional force which seems to try to pull the two pieces back together. 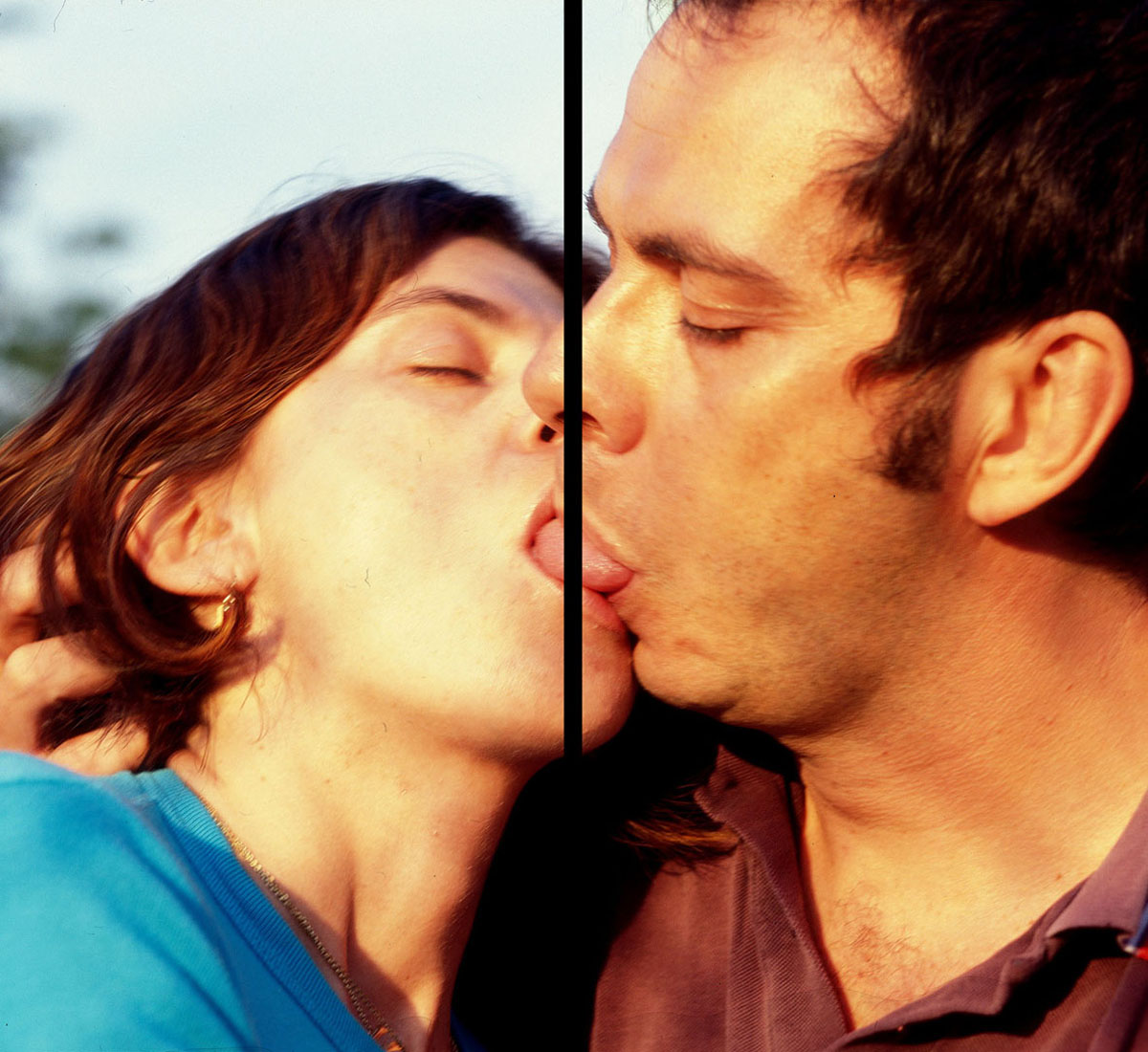 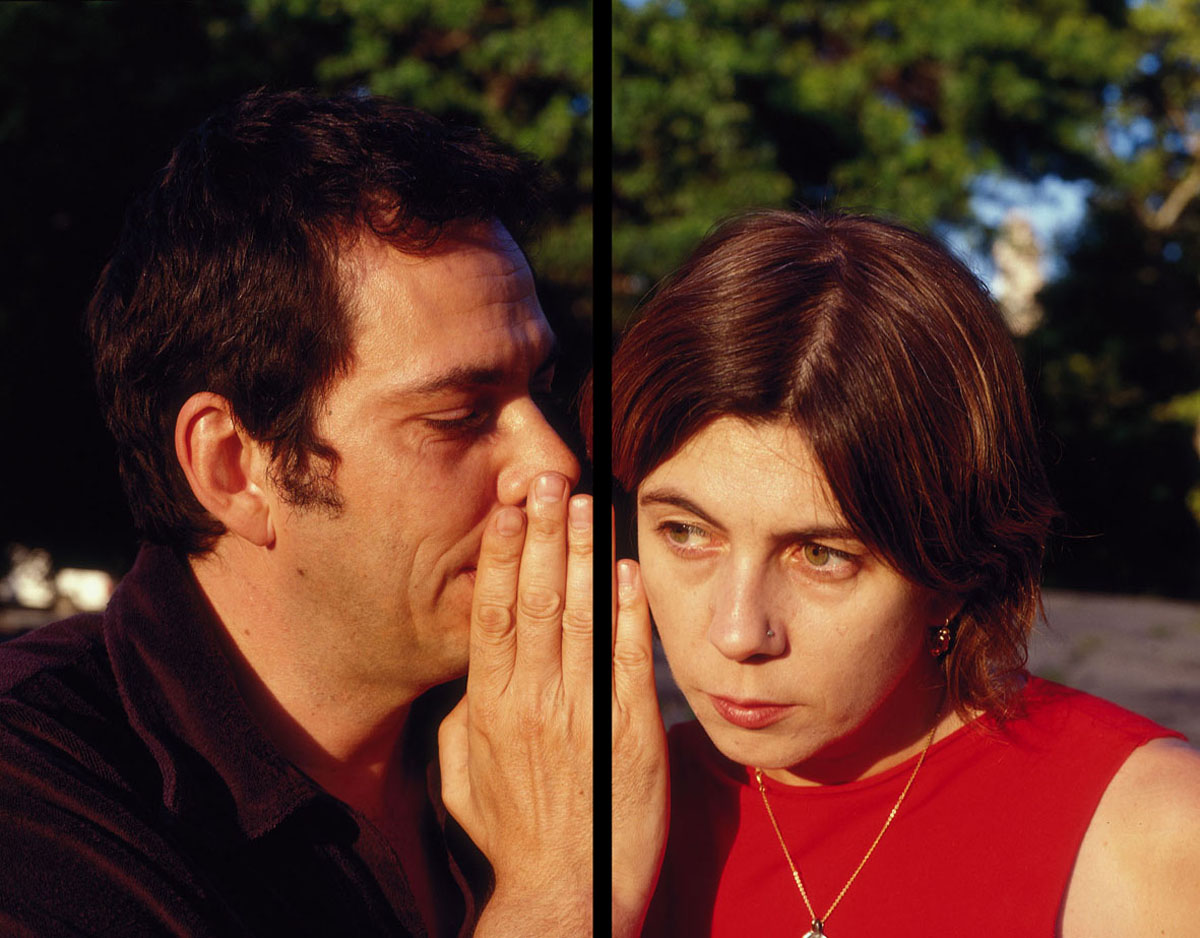 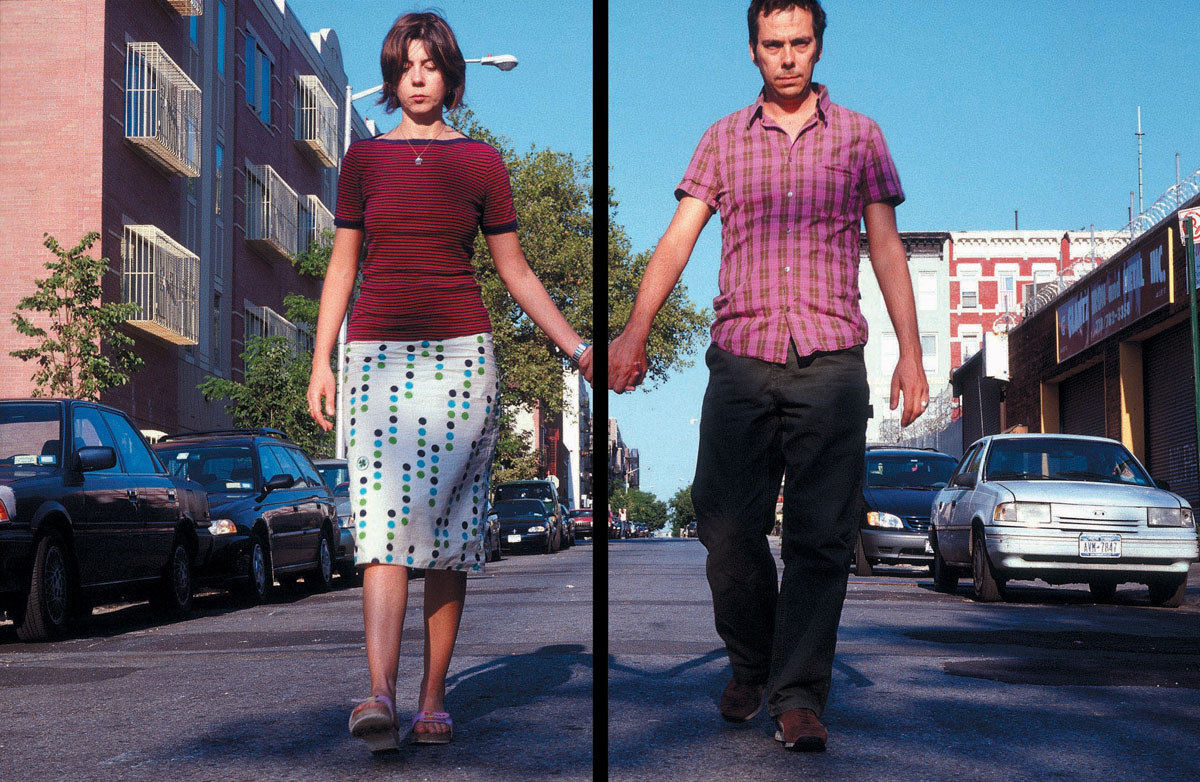 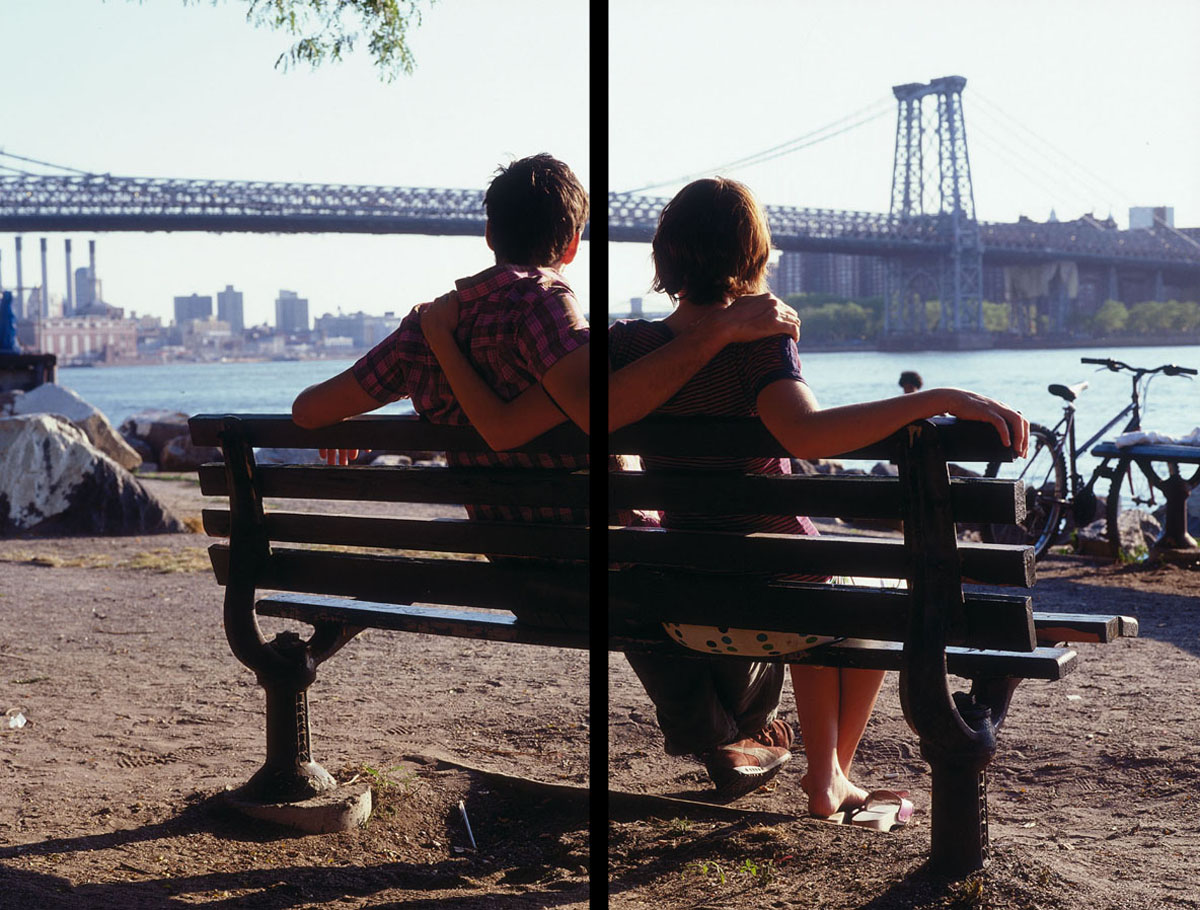 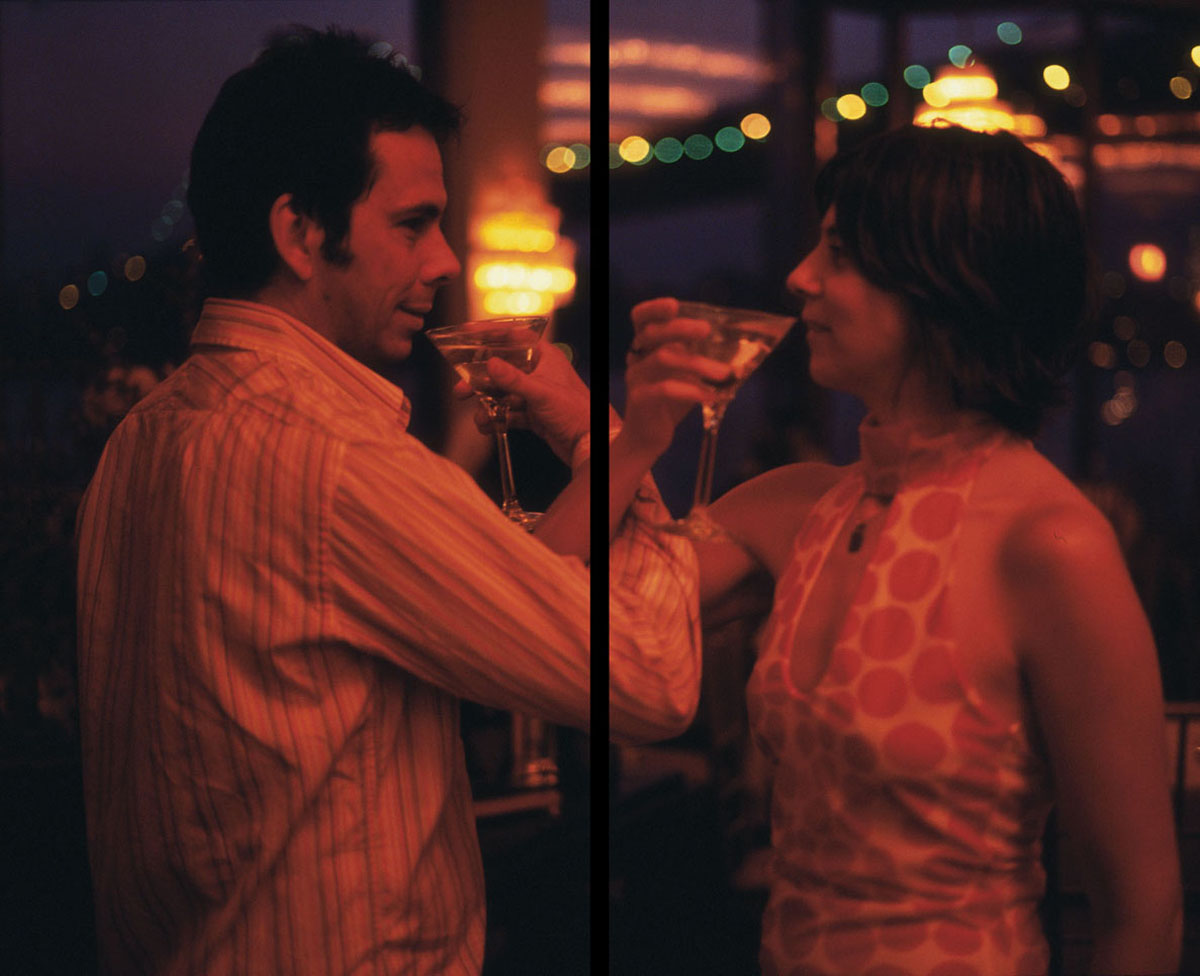 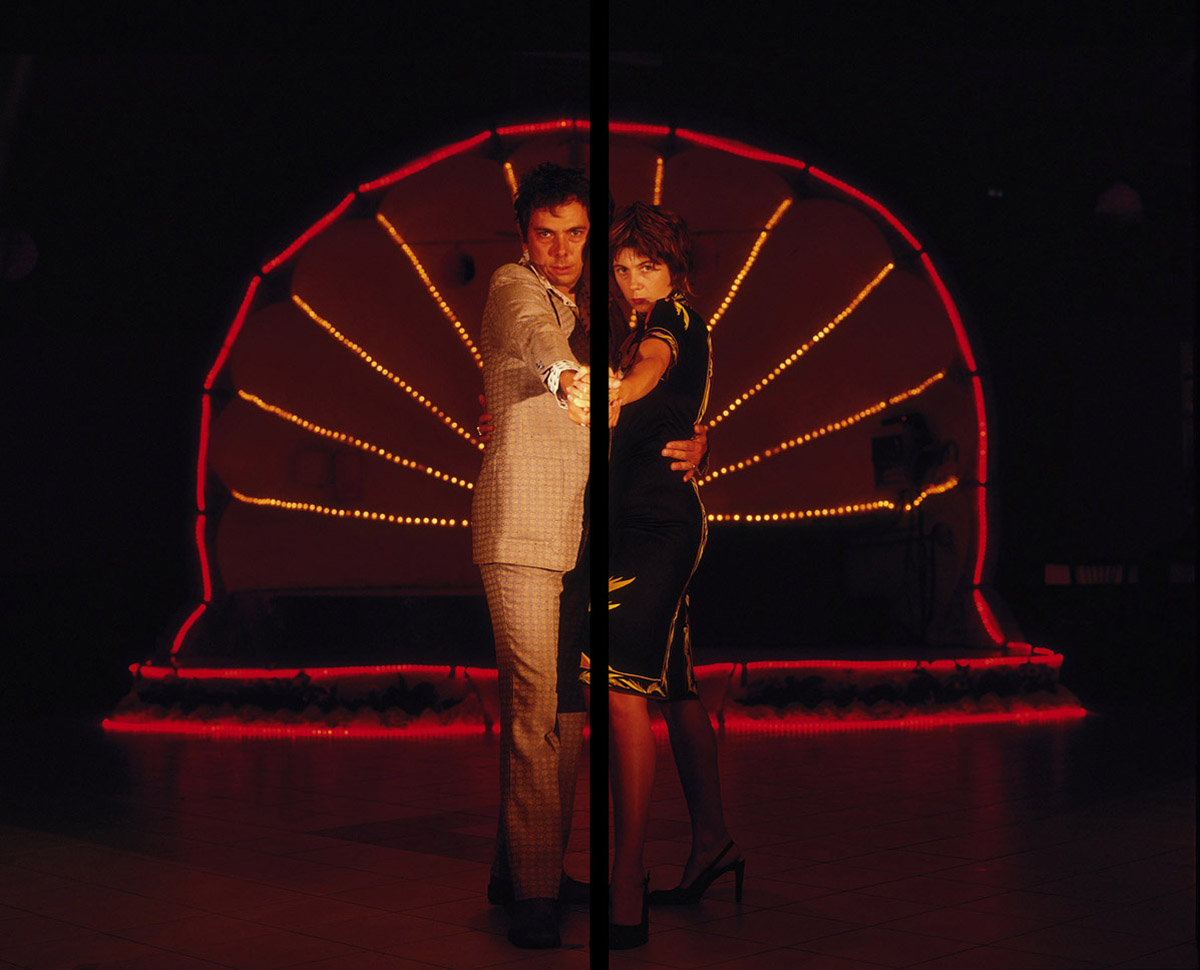