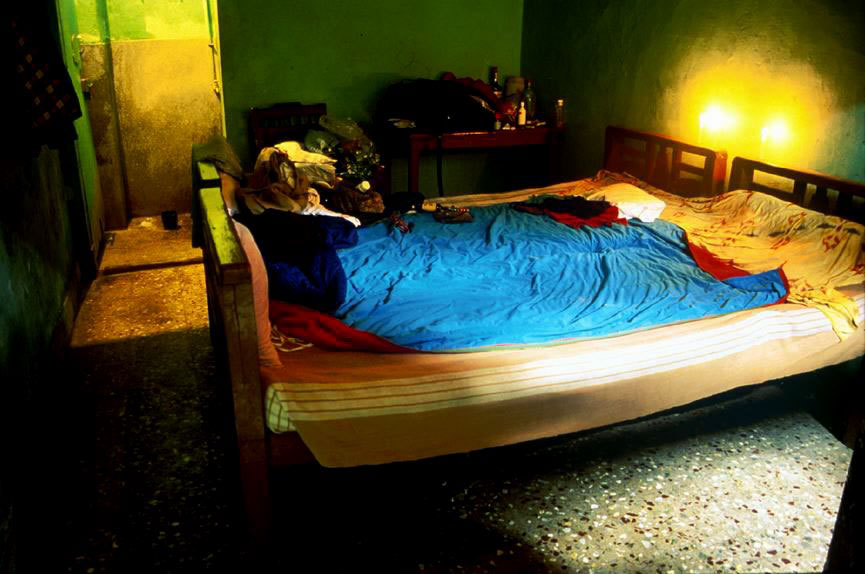 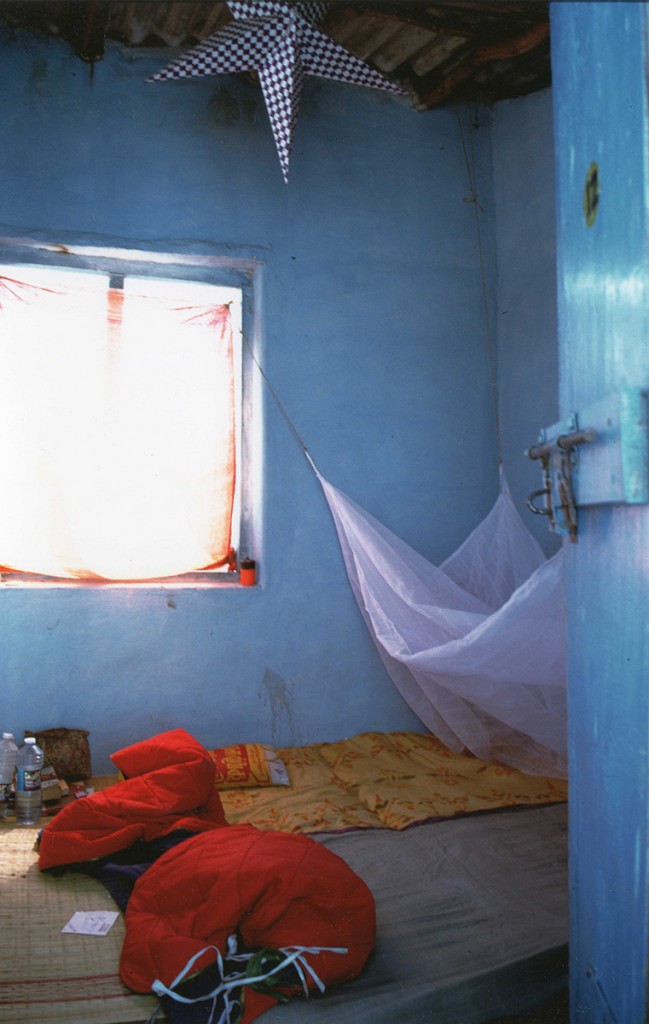 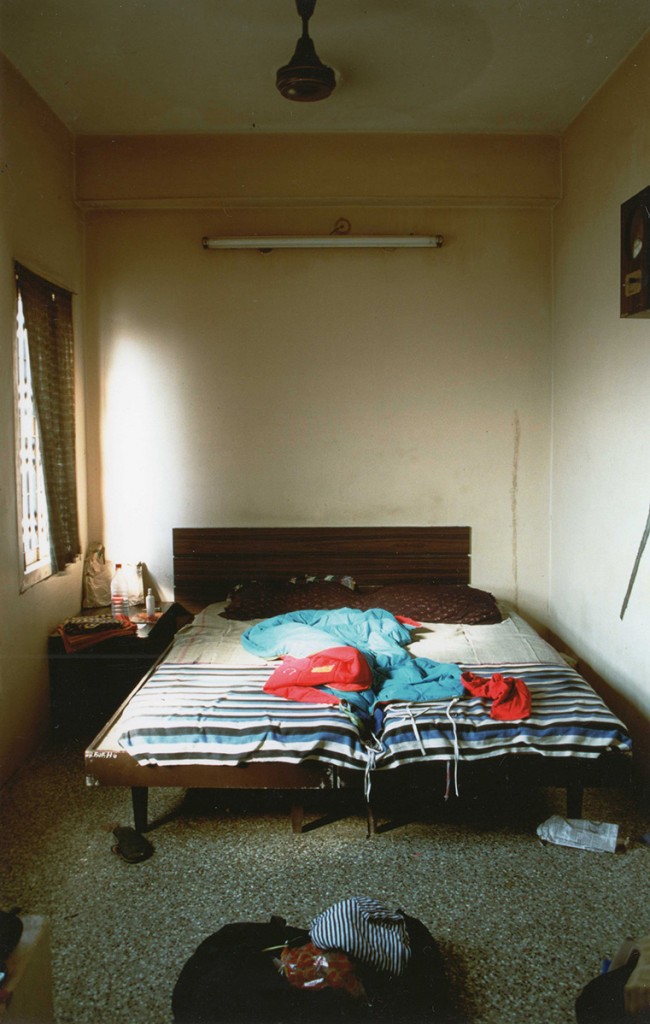 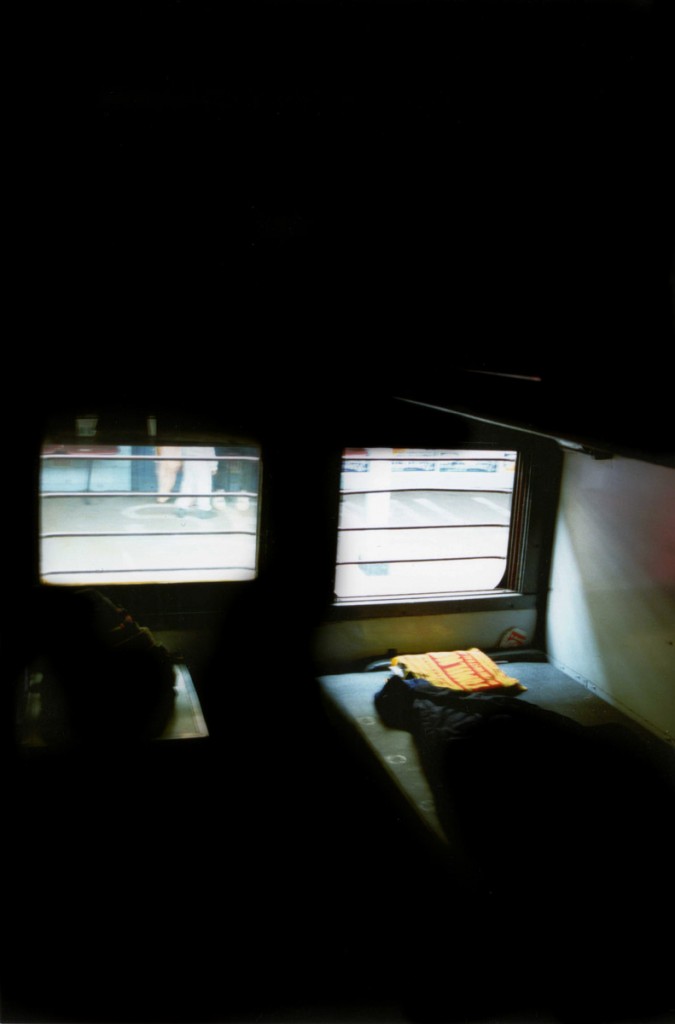 (Journey in a room)

Series of photographs of all the hotel bedrooms in which Ottonella and Nicola have slept during their first trip to India, shot every morning before they left the room.

These images were exhibited for the first time in the front window of an hotel in the center of Mendrisio (Switzerland) under the hotel’s neon sign: ROOMS- CHAMBRES-ZIMMER.

The series was shown with a text from The child in time by Ian Mac Ewan:

Through a chink in the curtain a revolving blue light made a spinning pattern on the wall. Tom sat up and stared at it, blinking. We crowded round the cot and Julie bent down and kissed him. ‘There!’ she said, ‘wasn’t that a lovely sleep.’

This body of work was later projected during the performance Harbours, inside the containers of the public art project L’ Art the Triomphe, made in collaborations with FA+ in Stockholm. 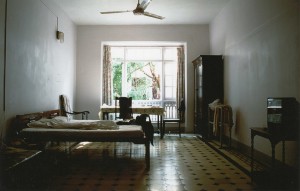 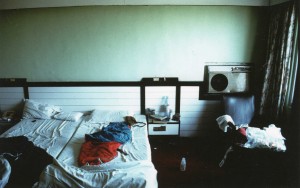 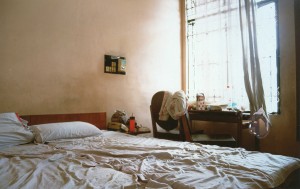 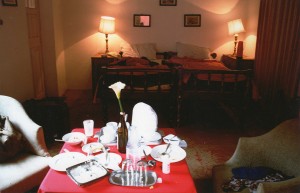 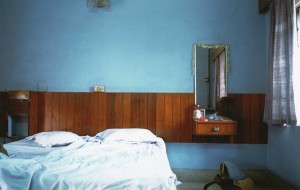 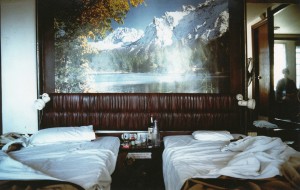 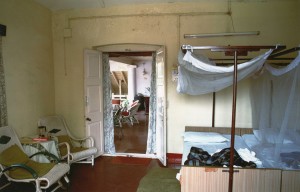 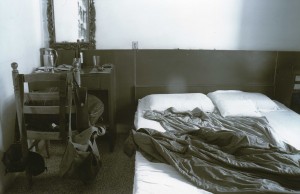 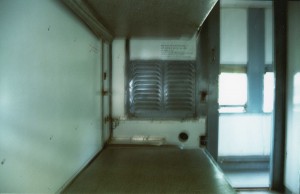 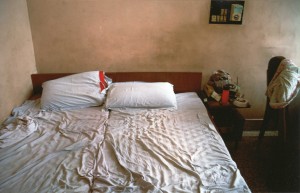 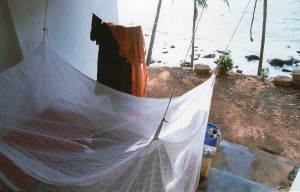 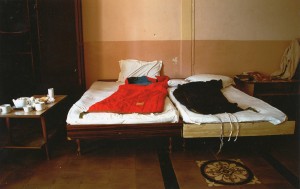 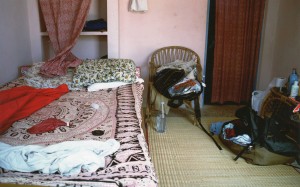 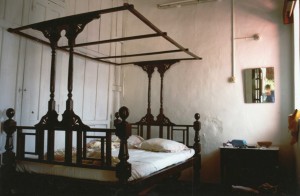 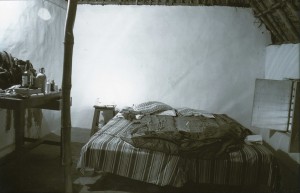 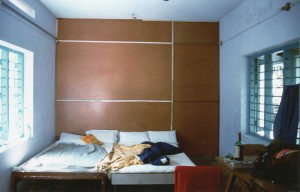