unbroken lullaby is a site specific installation designed for Palazzo Martinengo and conceived in relation to the historical memory of the place, built in medieval times on a number of archaeological strata.
The project, informed by an accumulation of daily life traces, is mainly inspired by the discovery of the ashes of a child, whose burial dates back to the Iron Age.
A cot made of iron pipes, whose structure extends before and after having drawn the cot, until it reaches the place of burial.
A sound source, located at one end of this path of pipes, reproduces the sound of a lullaby, that traveling through space inside the tubes, is transmitted to the hole that opens over the child’s ashes.
The typical cot structure, that normally functions as a protection for the sleeping baby, is made here with iron pipes evoking thus the image of a cage.
The lullaby, considered by some the first form of music existed, is a repetitive chant, poetic and sad at the same time, whose forms of expression are similar in different cultures and ages.
The sense of this chant is partly to help a mother (a parent) to voice their concerns, singing their own fatigue, resulting therapeutic not only for the listener, but also for those who sing.
The intent of the project is to make a poetic gesture, singing for the child buried inside the building, but also to create, through the act of singing, a bridge that travels trough time to reach the living child, namely the child who lived, as well as dying, in this place.
The work also reflects on the maternal condition 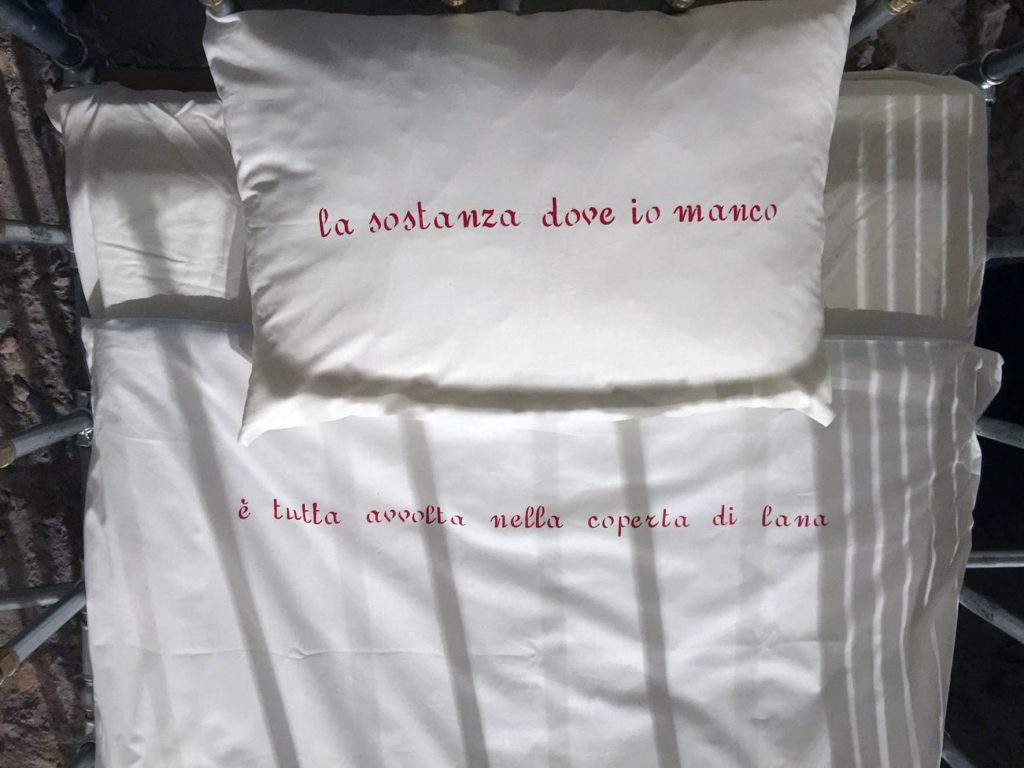 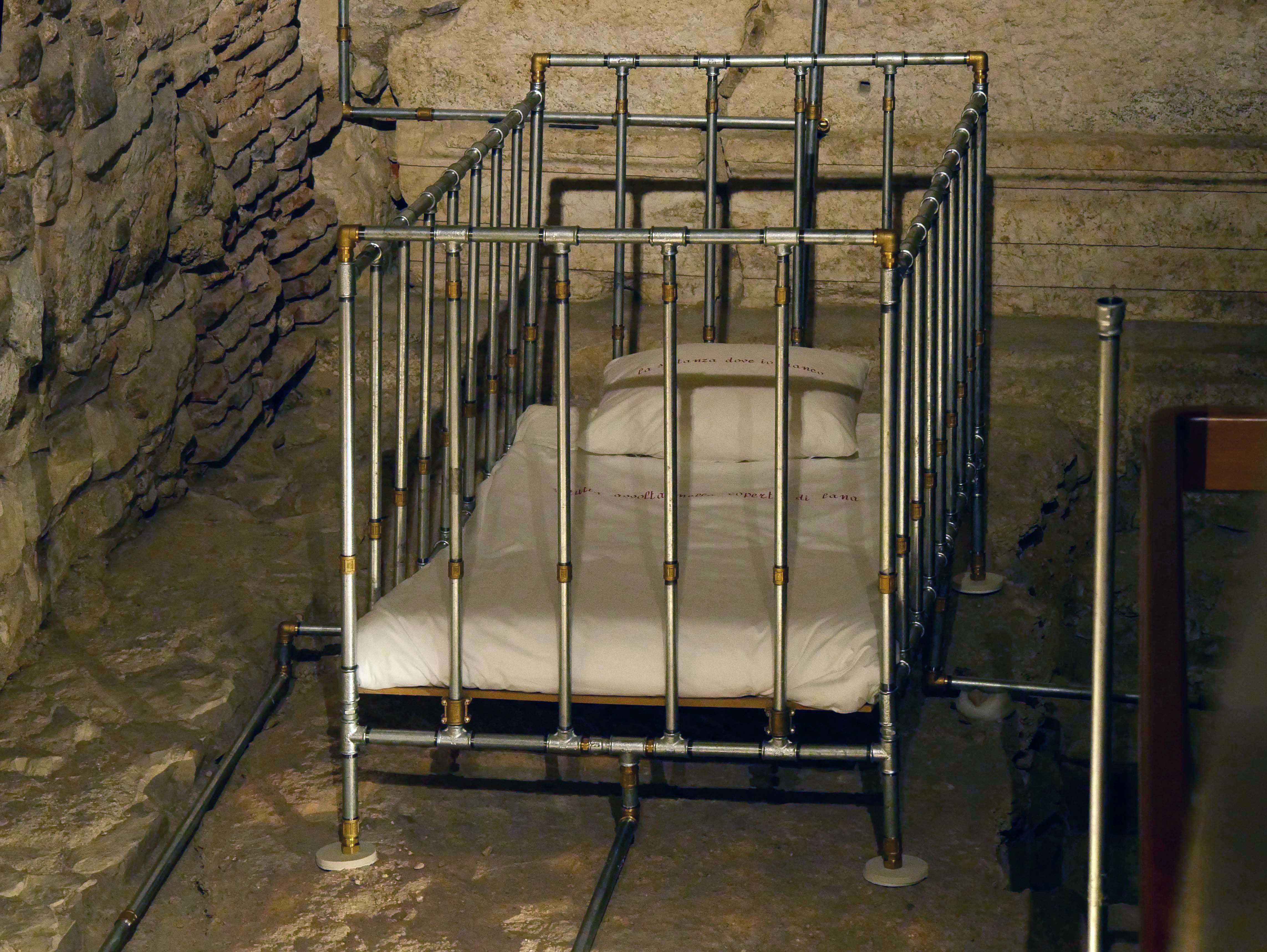 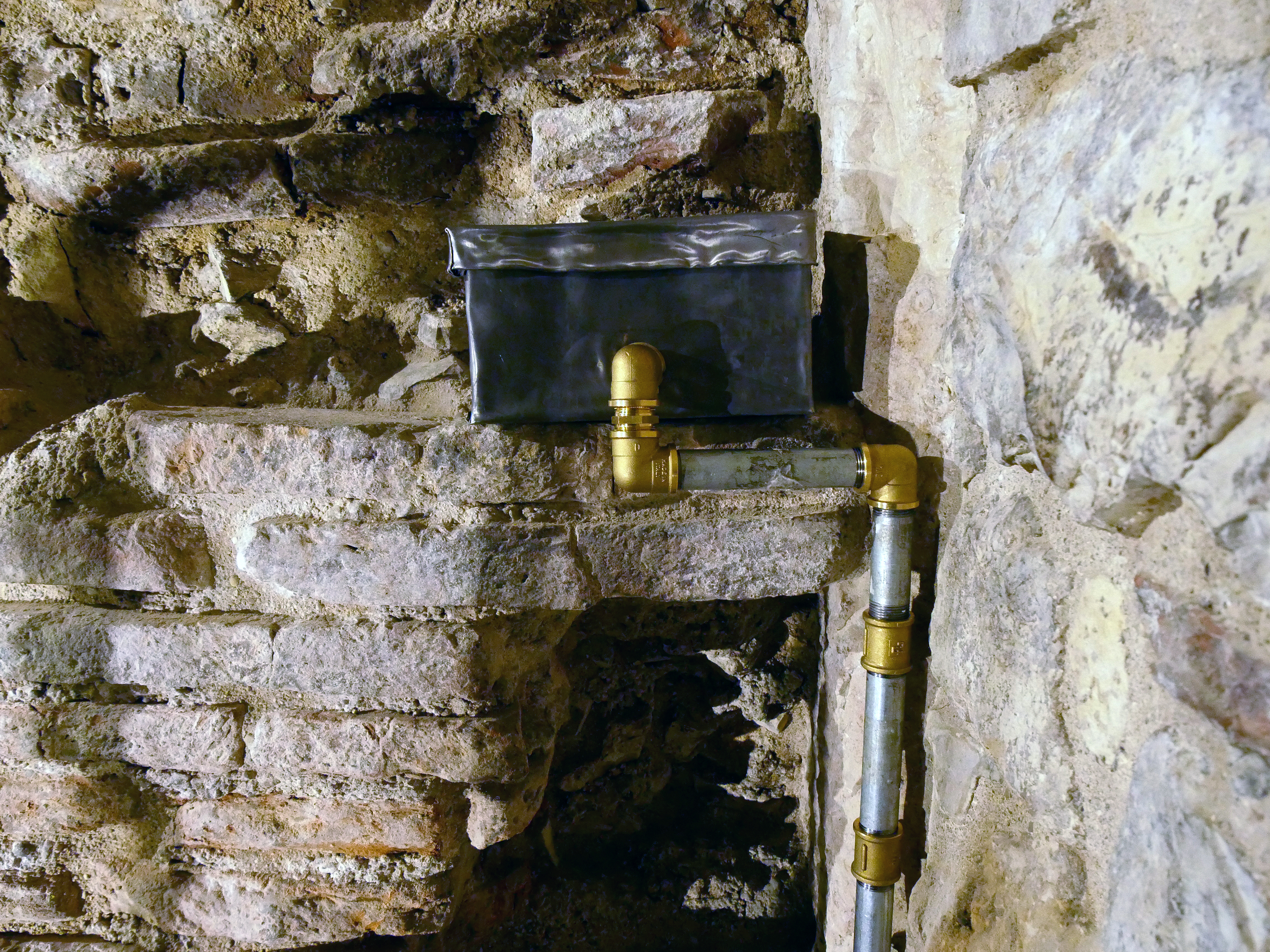