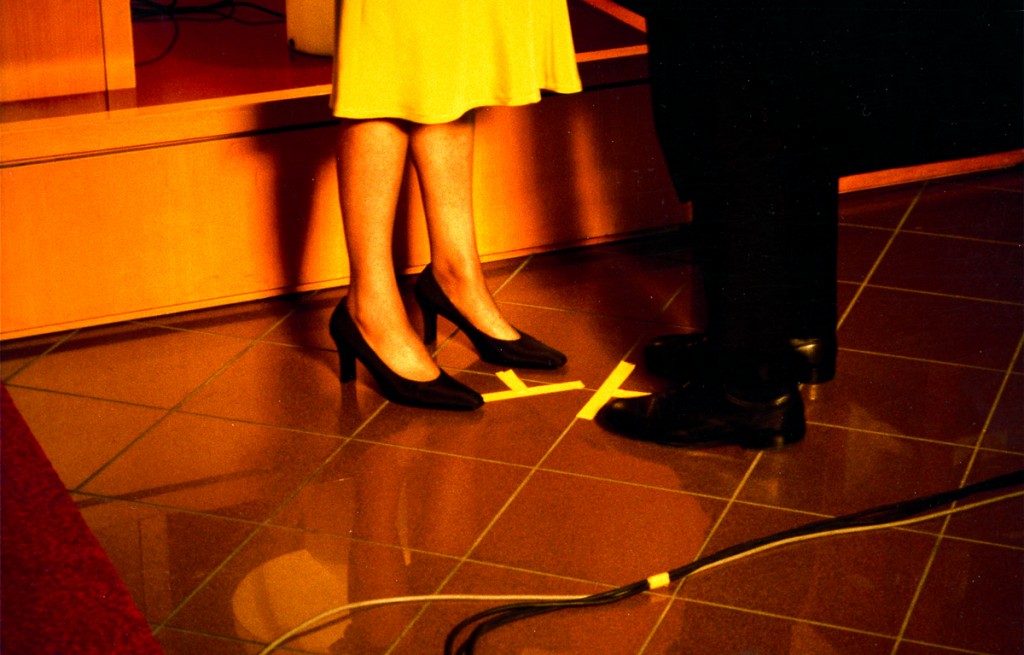 SopravVivere is a project structured in five different chapters. It was developed during Pellegrini’s collaboration as location manager in the production of Vivere a well known Italian soap opera. The first chapter SopravVivere sul set is a series of photographs shot on the set of the soap opera that shows the ambiguity of the border between reality and fiction and the stereotypes of everyday culture. The composition with one, two or three pictures produces a new syntax and a narrative rhythm. 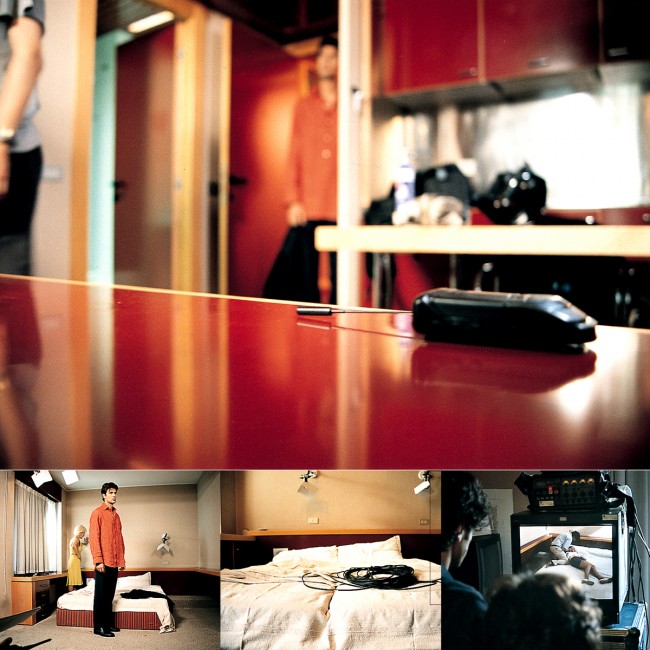 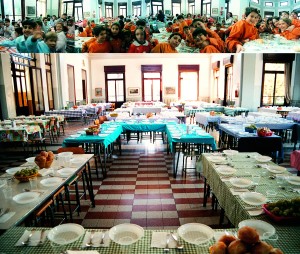 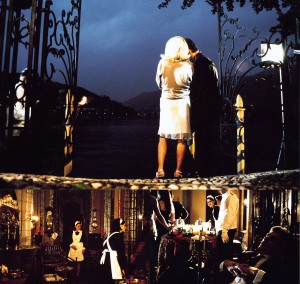 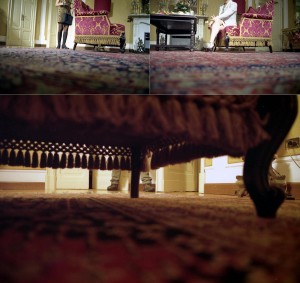 (surviving in a gallery)

Pellegrini used an art gallery (Studioventicinque, Milano) as location for  the shooting of a a police line up in episode of Vivere. After the shooting the set was left on show as an installation. A wall was splitting the exhibition space in two parts: the first one was very brightly lighted with height chart painted upon the back wall. The second one was darker and had a police desk. In the middle of the wall was a one-way mirror. In the first room the public of the exhibition was the subject of observation on the second the object observed. A metaphor for the dynamics of television. 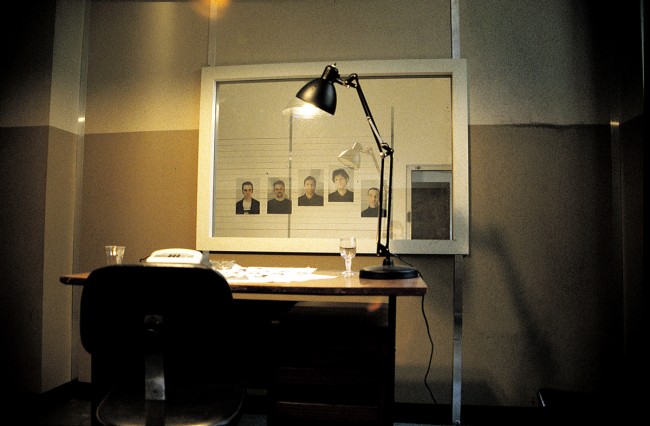 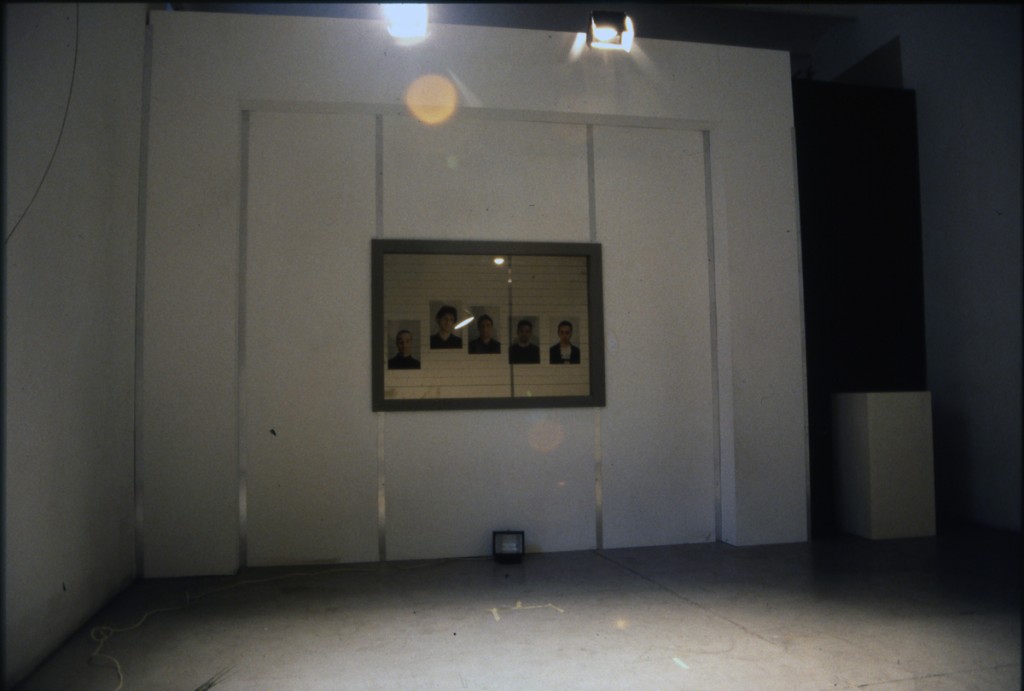 The episode of Vivere shot in the gallery was later broadcasted with the participation of the artists Gianni Gangai and Nicola Pellegrini and the curator Giorgi Zanchetti as the usual suspects.

As extras, regularly put on the payroll, they are the authors of three subtle art performances, an attempt to mimetically take possession of the television space and to transform it in an exhibition space. An invitation was published with instructions to watch the episode as an art project. 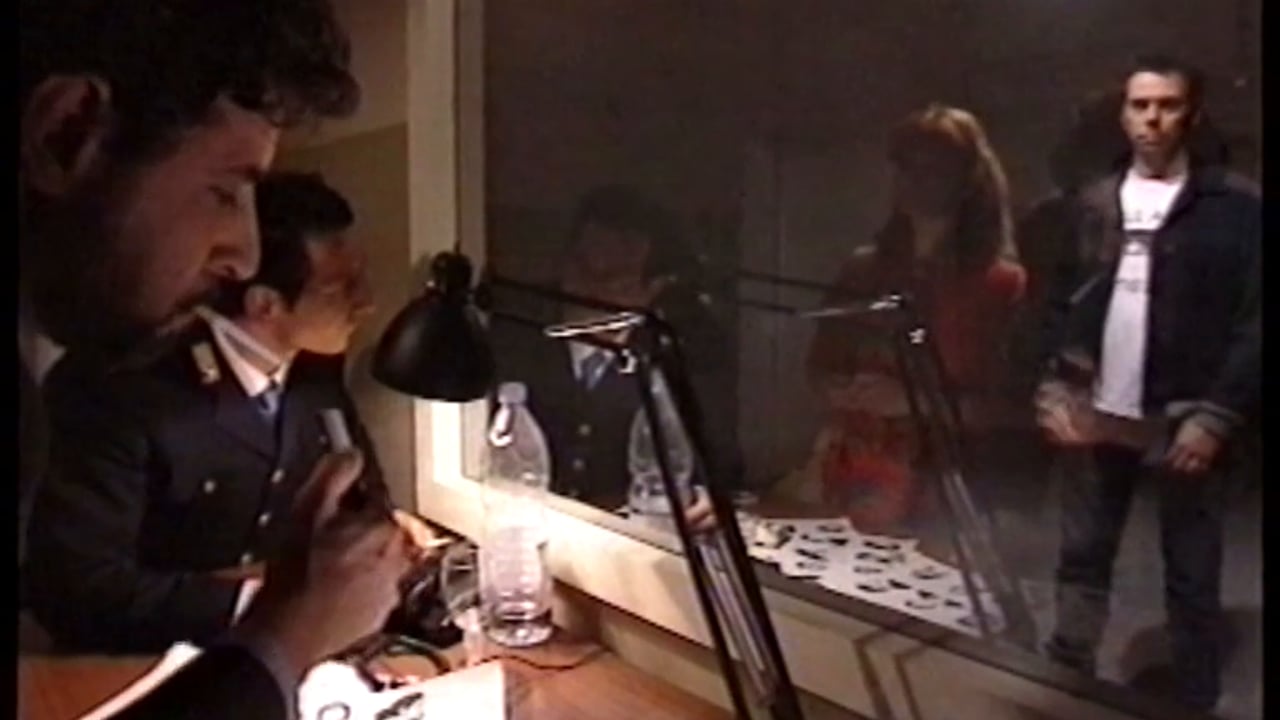 In this slides and video installation, Pellegrini projects the episode of the line up within a framework of photos of domestic interiors in which the television is always at the center, highlighting the coexistence between everyday life and fiction and between private and public scene. 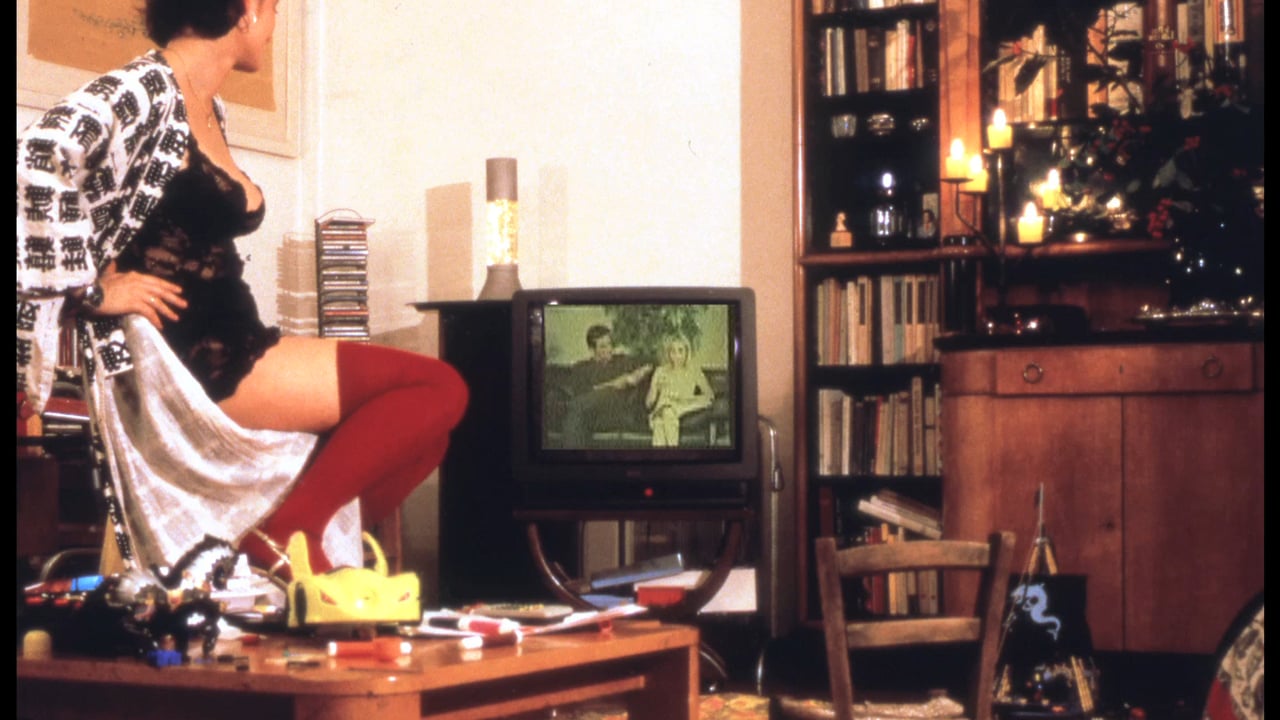 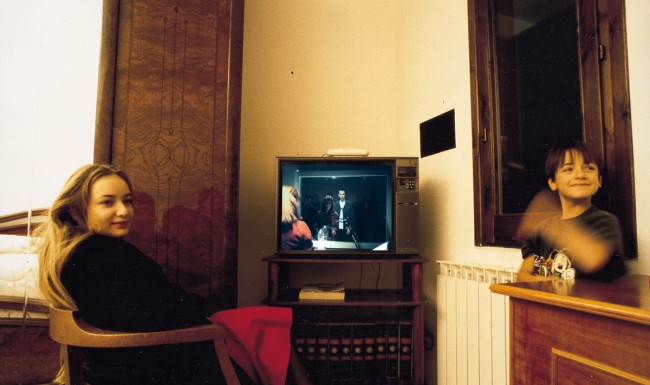 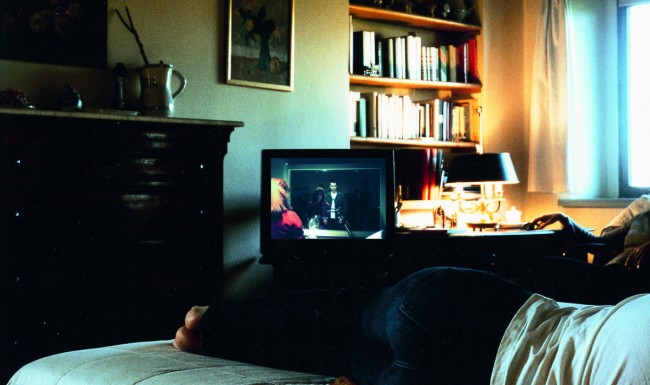 Later Pellegrini asked a few artists and directors to re-edit the episode, using the footage to freely make an original video. The remixed videos were presented in a comfortable ambience on 12 different TVs. 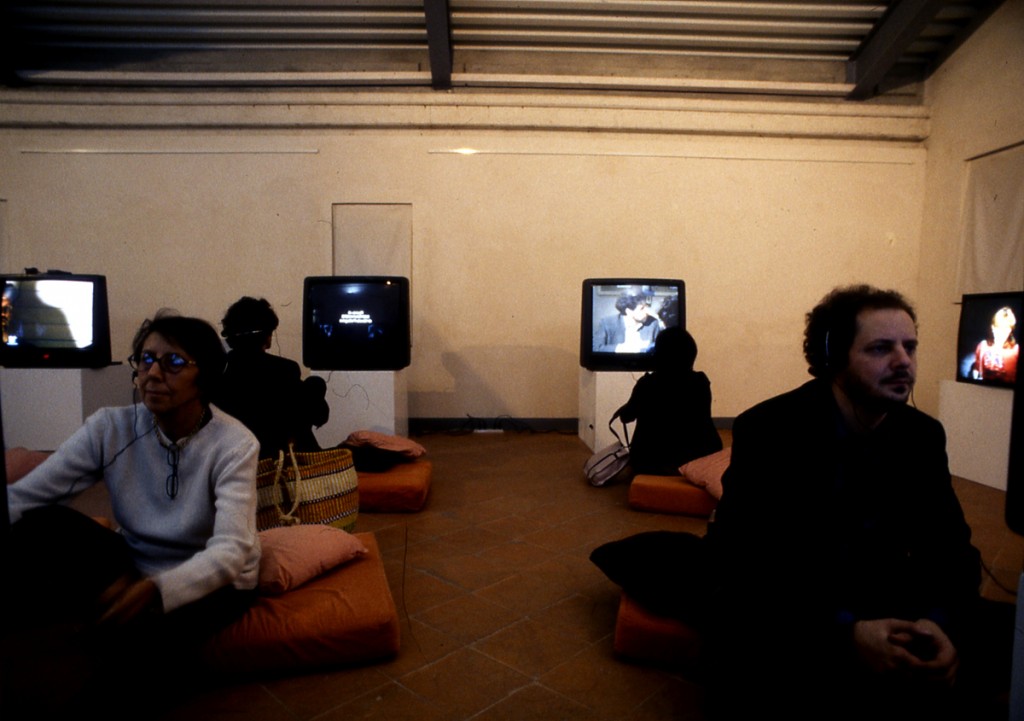