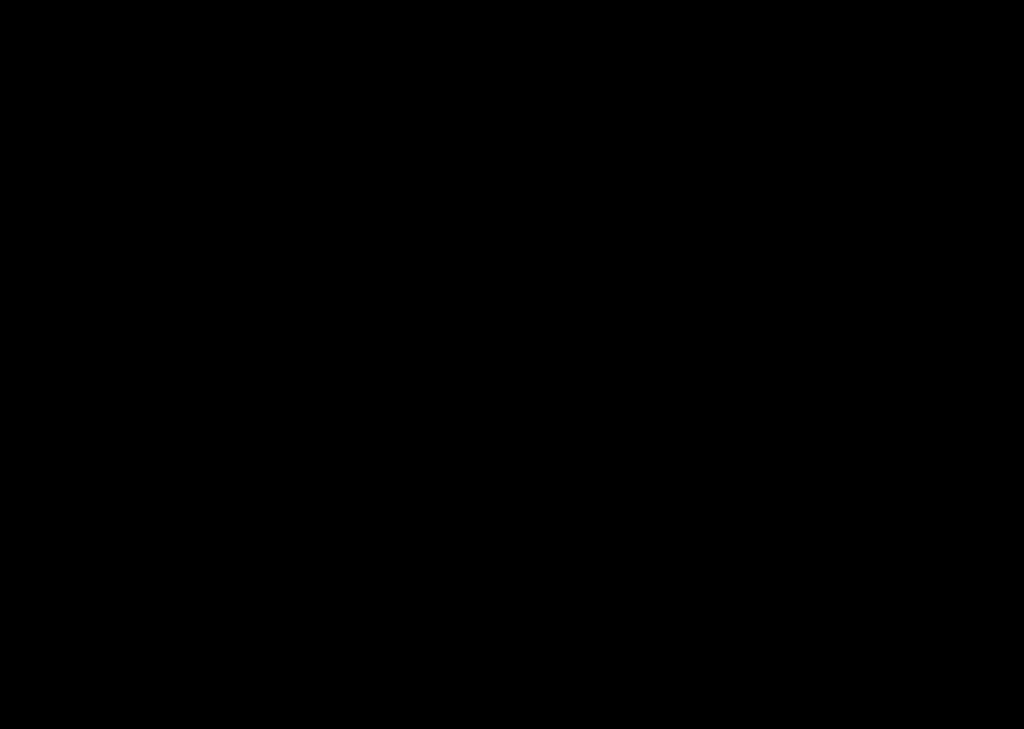 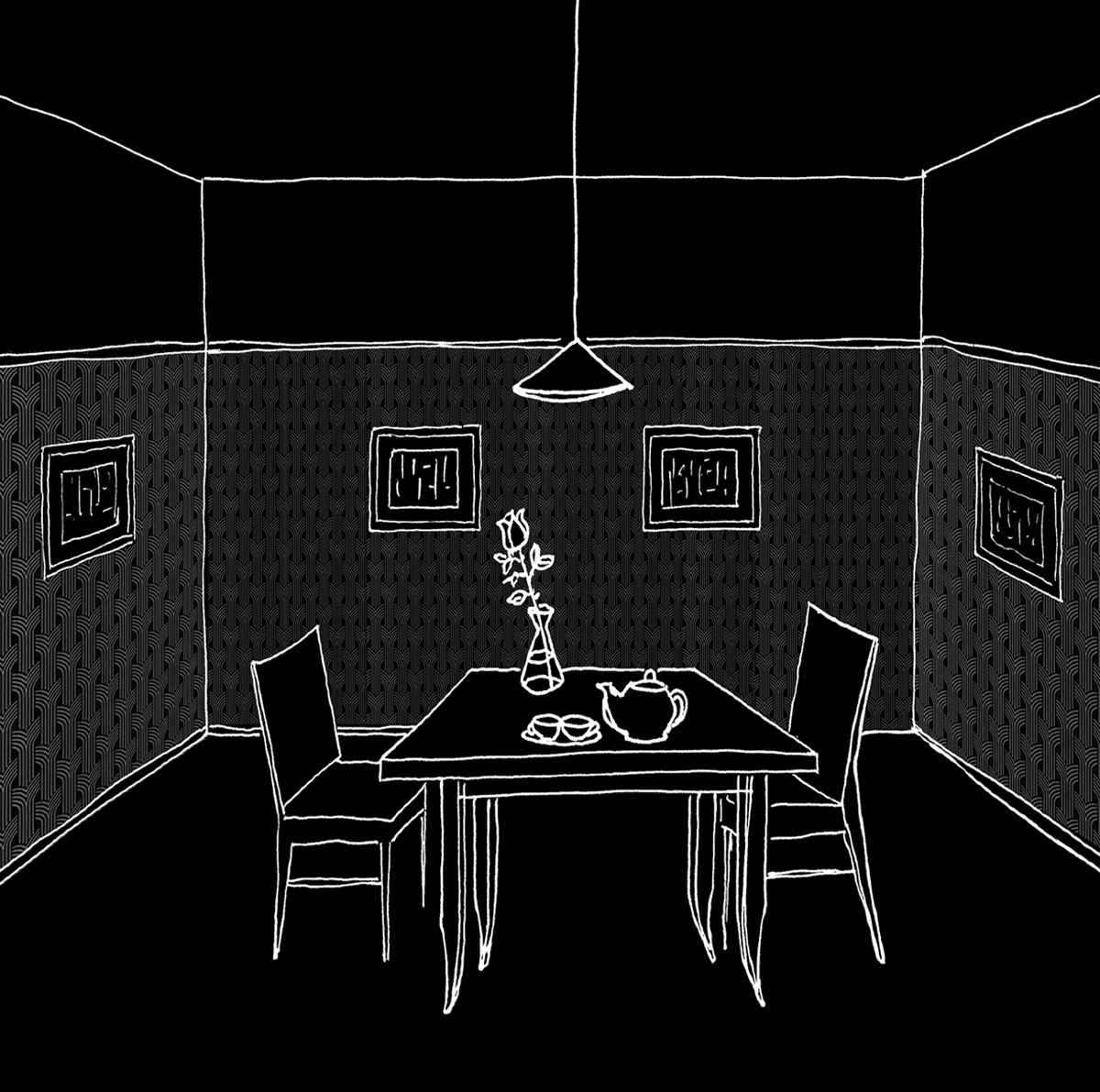 This project originates from the desire to consider the museum not only as a space, but also as a place inhabited by people that work there every day and that, doing this, make it function, insofar as site of cultural production, as a service to the community.

Starting from a participatory methodology that they often use, the artists interviewed eight women who work in the museum and who have agreed to take part in the project, telling their difficulties in the relationship with the opposite sex. The interviews were then transcribed and edited, creating a long text in which the stories are retold one after the other becoming a single voice, that tells a little of the difficulties that women have, in the dialogue with the masculine gender.

On the exhibition’s opening this text was given back to the public in the form of a performance inspired by the image on the cover of the book “Vai pure (you may go), dialogue with Pietro Consagra” by Carla Lonzi. 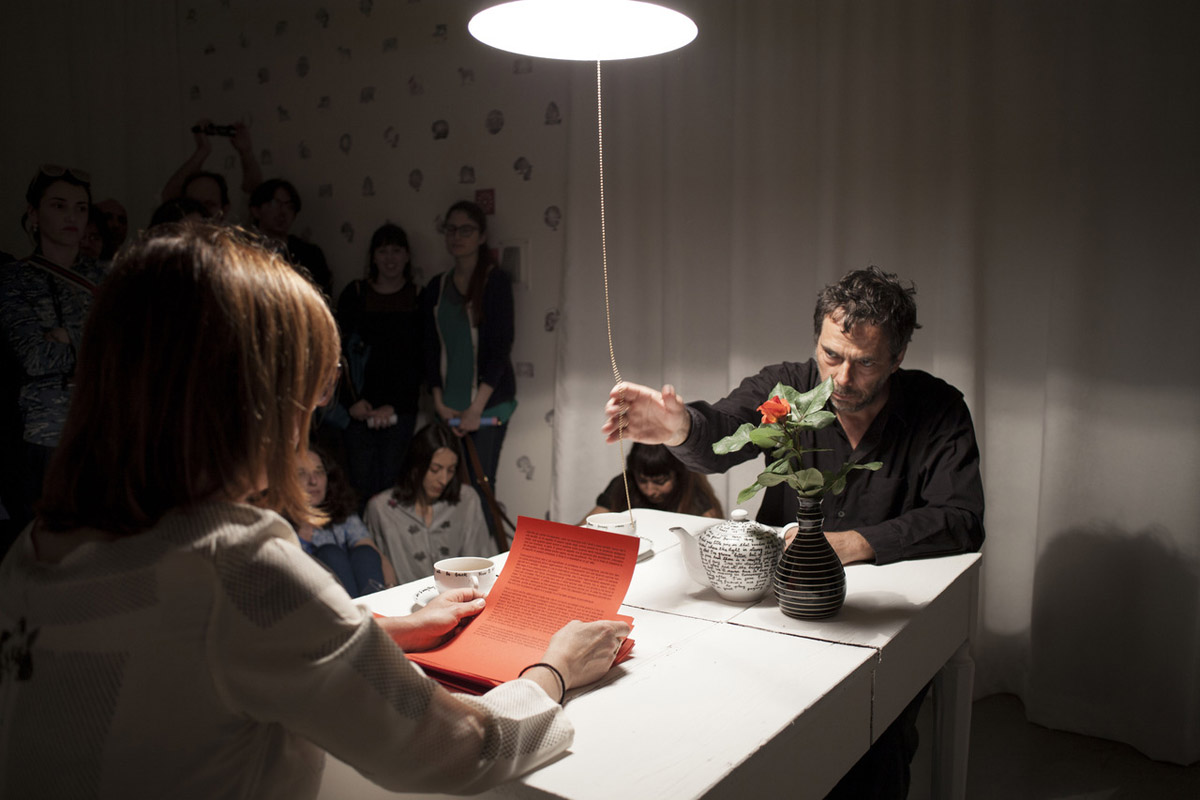 Seated at a table facing each other, Ottonella reads the text to Nicola, who instead of responding, disturbs the reading by turning off the light that illuminates the table, bringing  thus the room to a condition of darkness. To continue reading Ottonella must keep on turning on the light. The action continues, in an alternation of light and dark, words and silence, where the woman’s request to be heard is continually frustrated by the man’s action of disturbance, that by darkening the room makes his refusal to listen (so often lamented by the female gender) immediately visible. But the darkness that falls on the room also refers to the difficulty of mutual understanding that has always characterised not only the dialogue with other, but  the communication between men and women.

“Some kind of solitude is measured out in you, you think you know me, but you have not got a clue”, speaks thus also of the awareness of the mutual inability to understand each other deeply. This knowledge is not considered as a waiver, but rather as an awareness of one’s boundaries.

The action takes place in a characterised space, that after the performance is over retains traces of what happened. A table with two chairs, some everyday objects that recall the nature of the relationship, a wall decoration created by the artists to illustrate metaphorically the eight stories, a recorded voice, light and dark.

On the table there is always a fresh rose, that keeps alive the space of exchange and reminds us of it’s thorns. 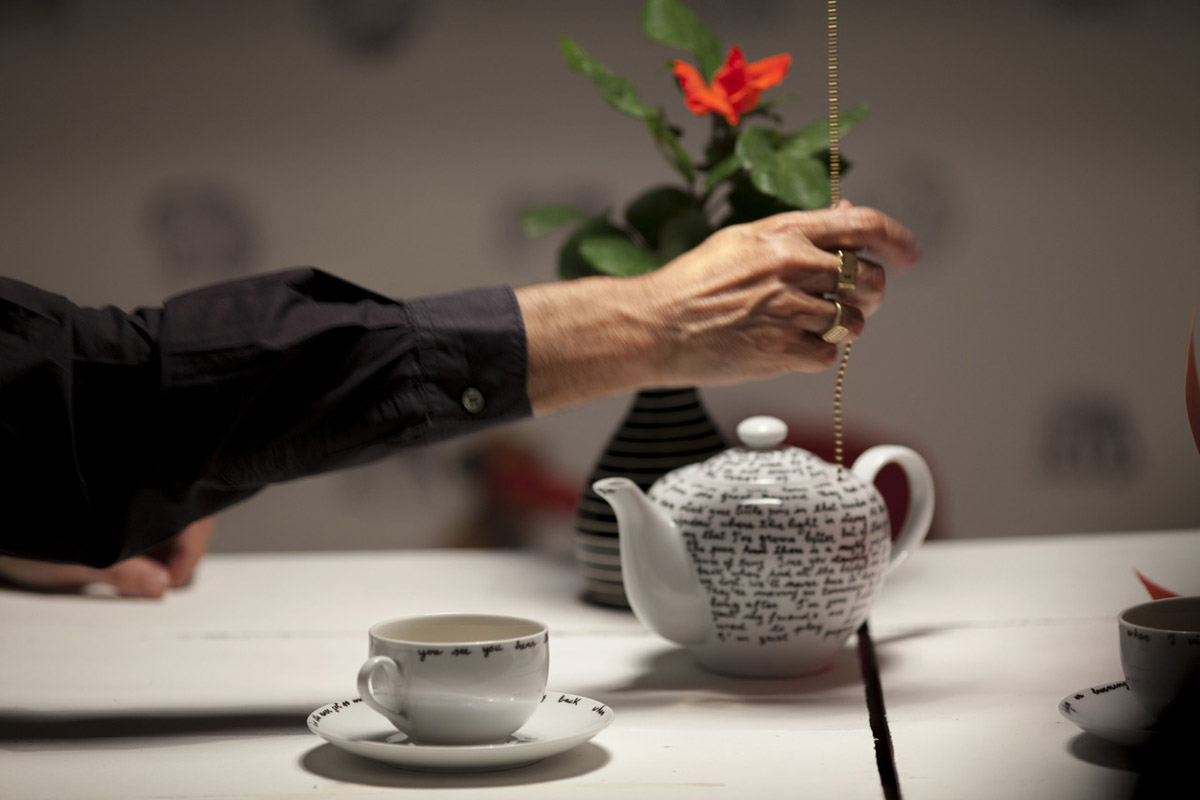 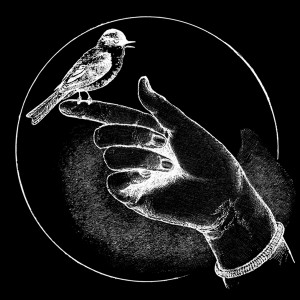 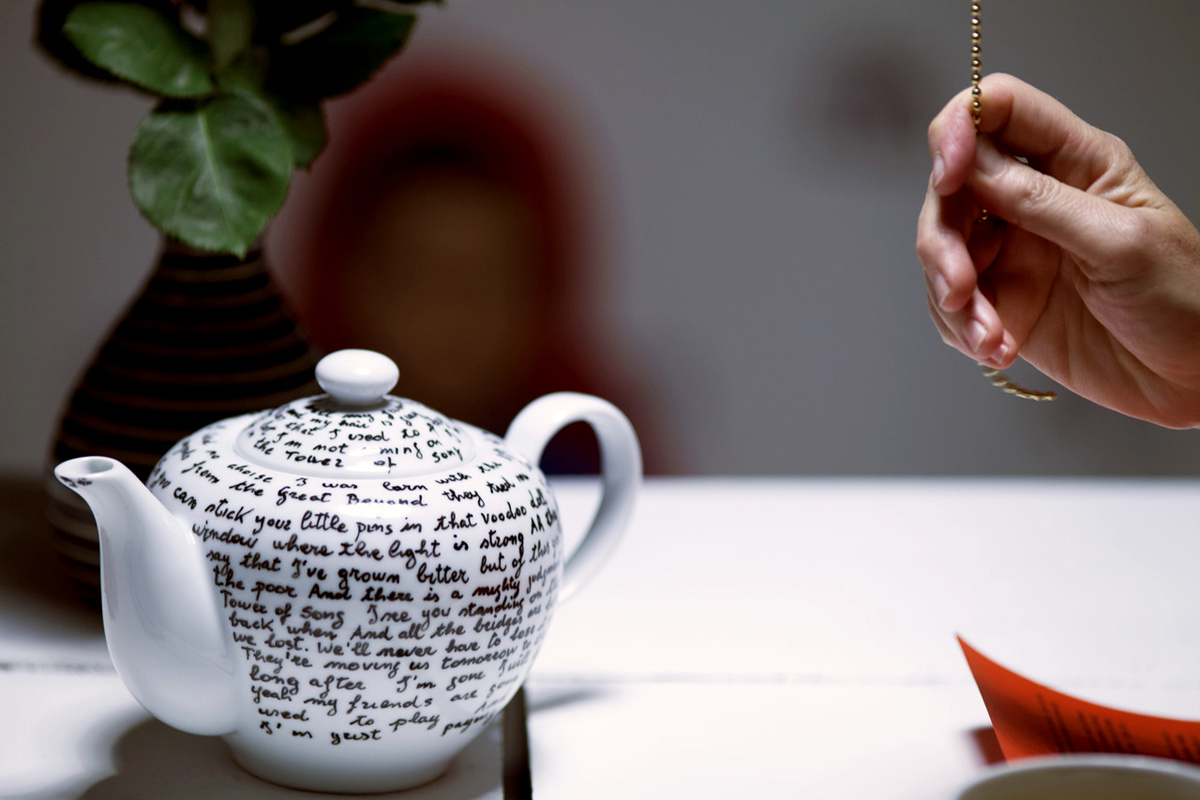 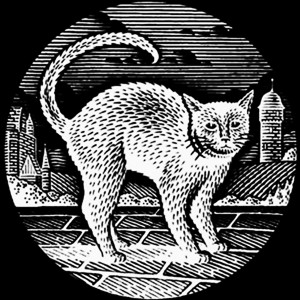 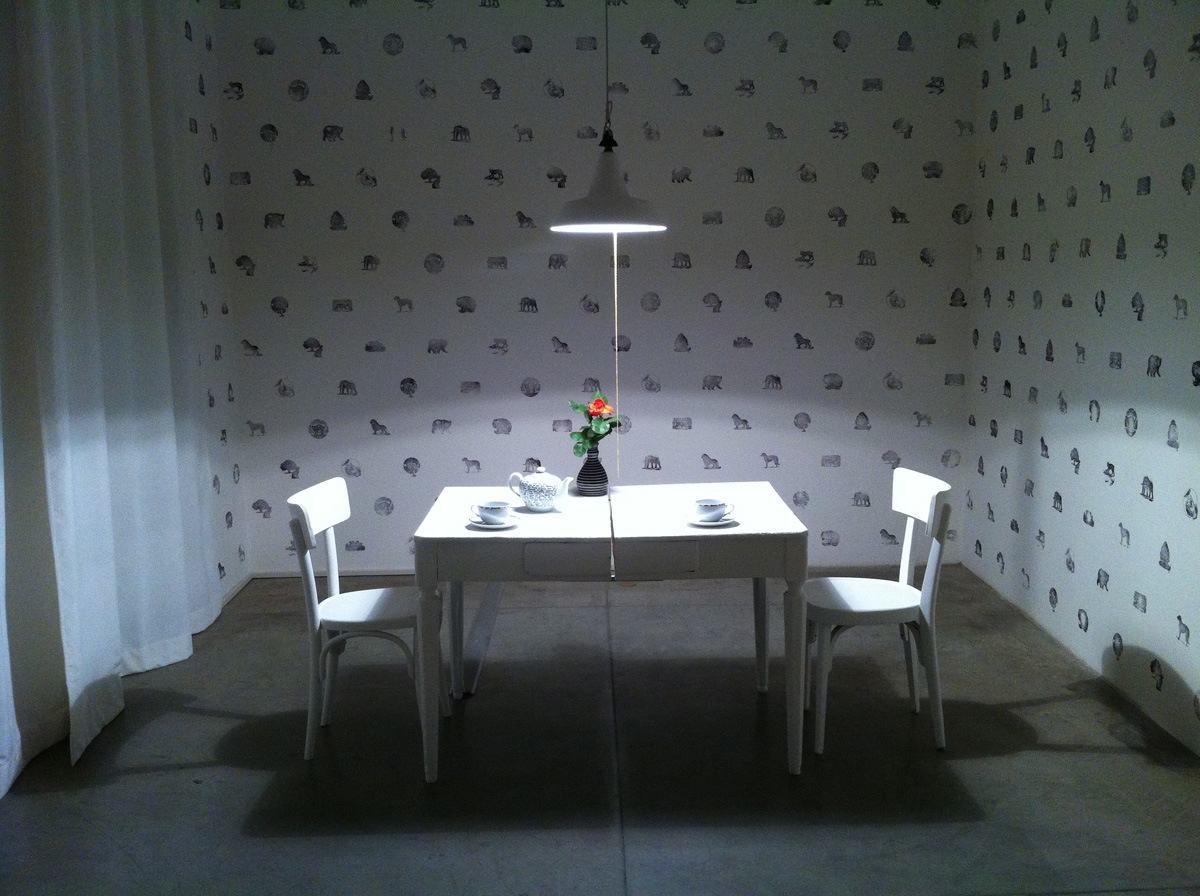 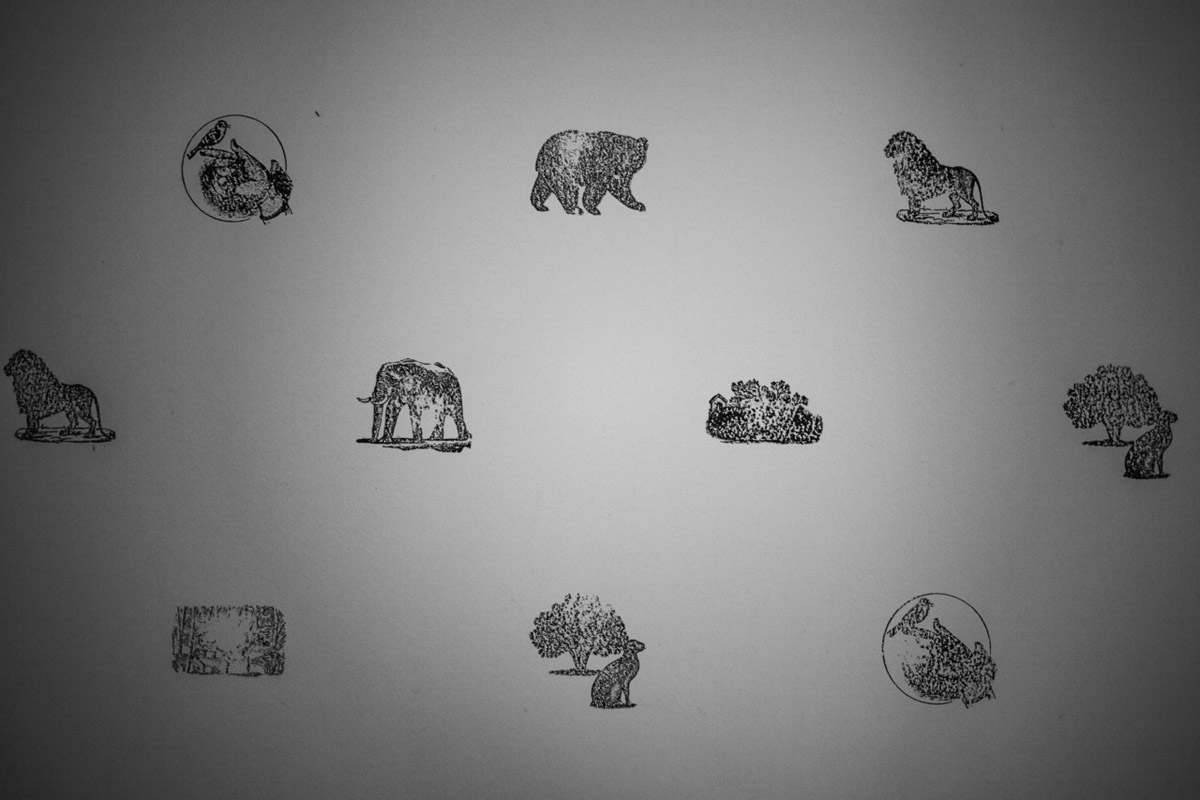 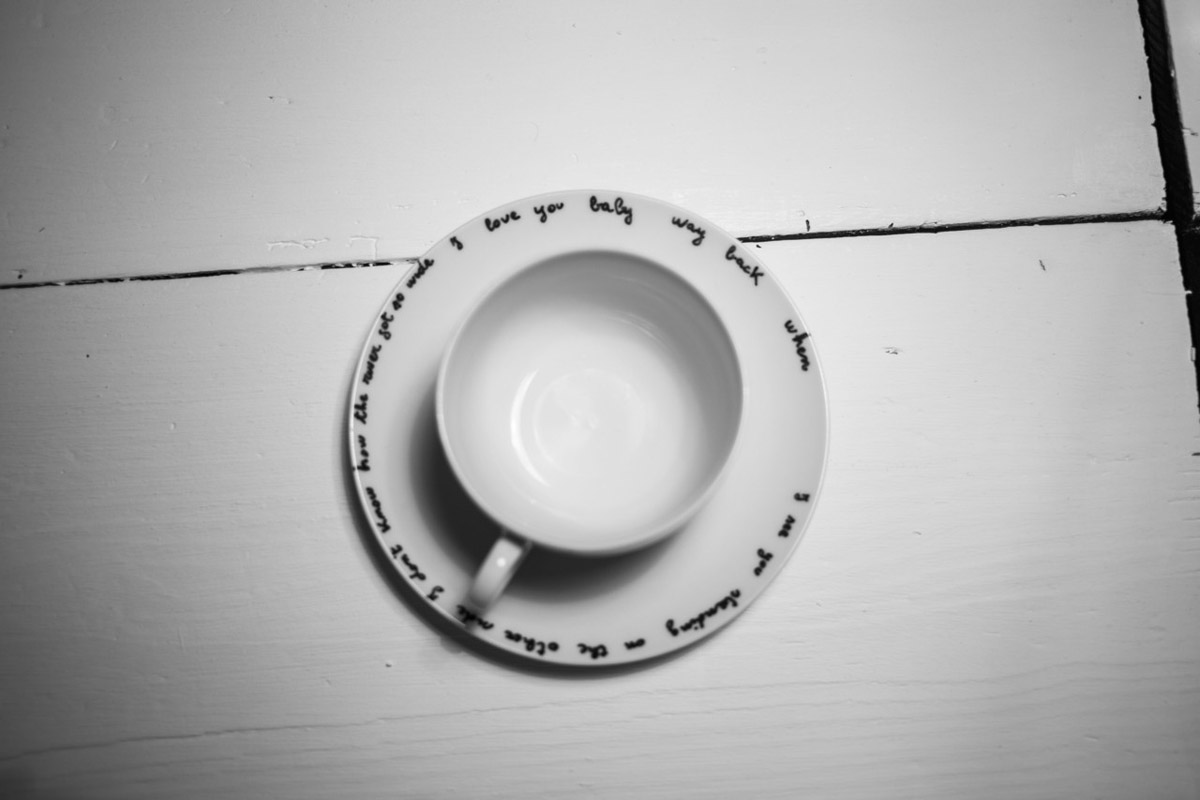 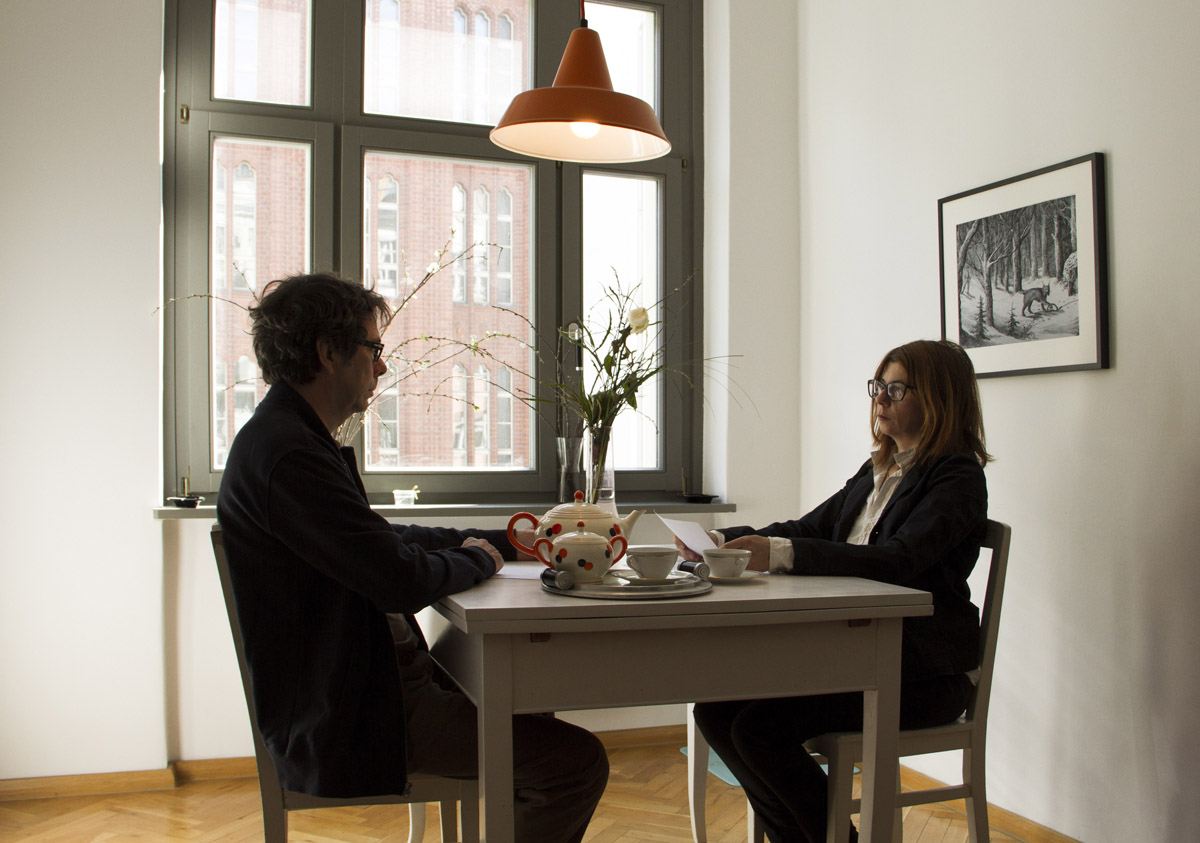 Some kind of solitude.. Rehearsal exerpts 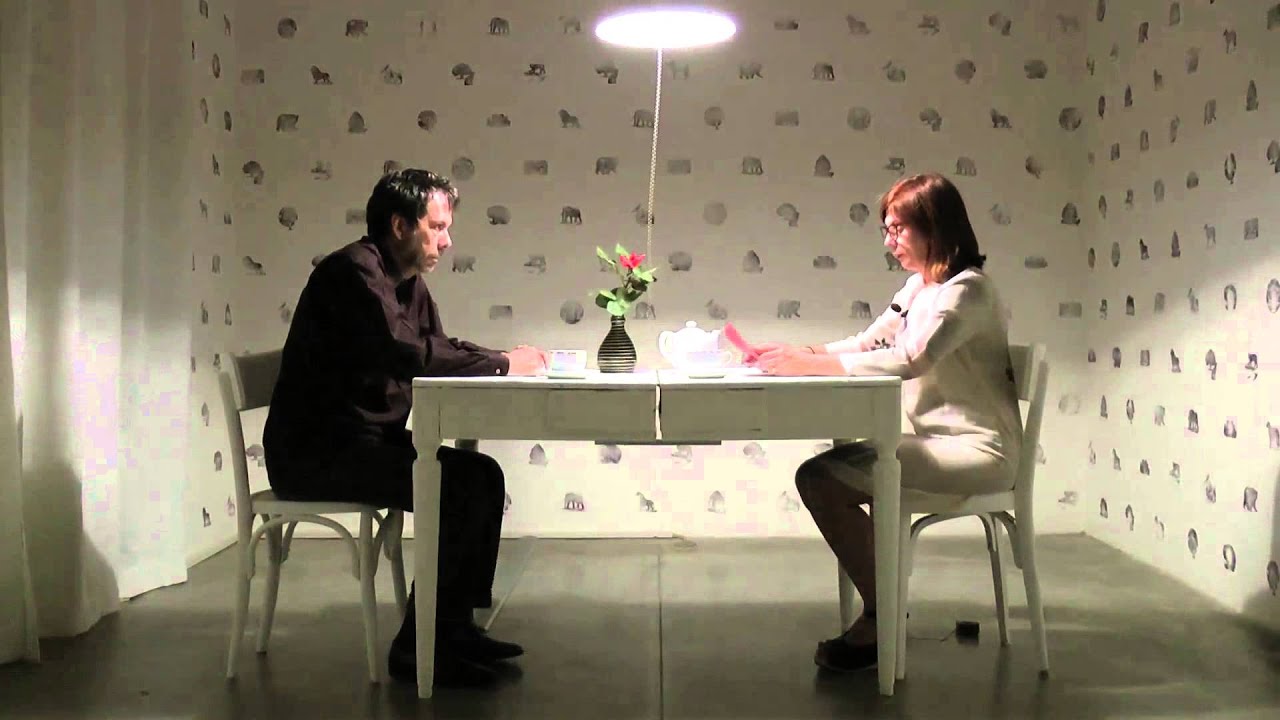