Nessuno parlava is an itinerant action that took place in the streets of Milan. The first time in 1998 during the war in former Yugoslavia and the second time during the Anglo-American invasion of Iraq in 2003.

A bicycle trailer, customized with a set of lights and equipped with a sound system, wandered along the streets of Milan, broadcasting direct reports and phone calls from the war affected area. The path the vehicle travels each day ideally trace a word on the city map, eventually composing the sentences: Nobody talked, nobody had good war stories to tell, taken from Slaughterhouse-5 by Kurt Vonnegut. 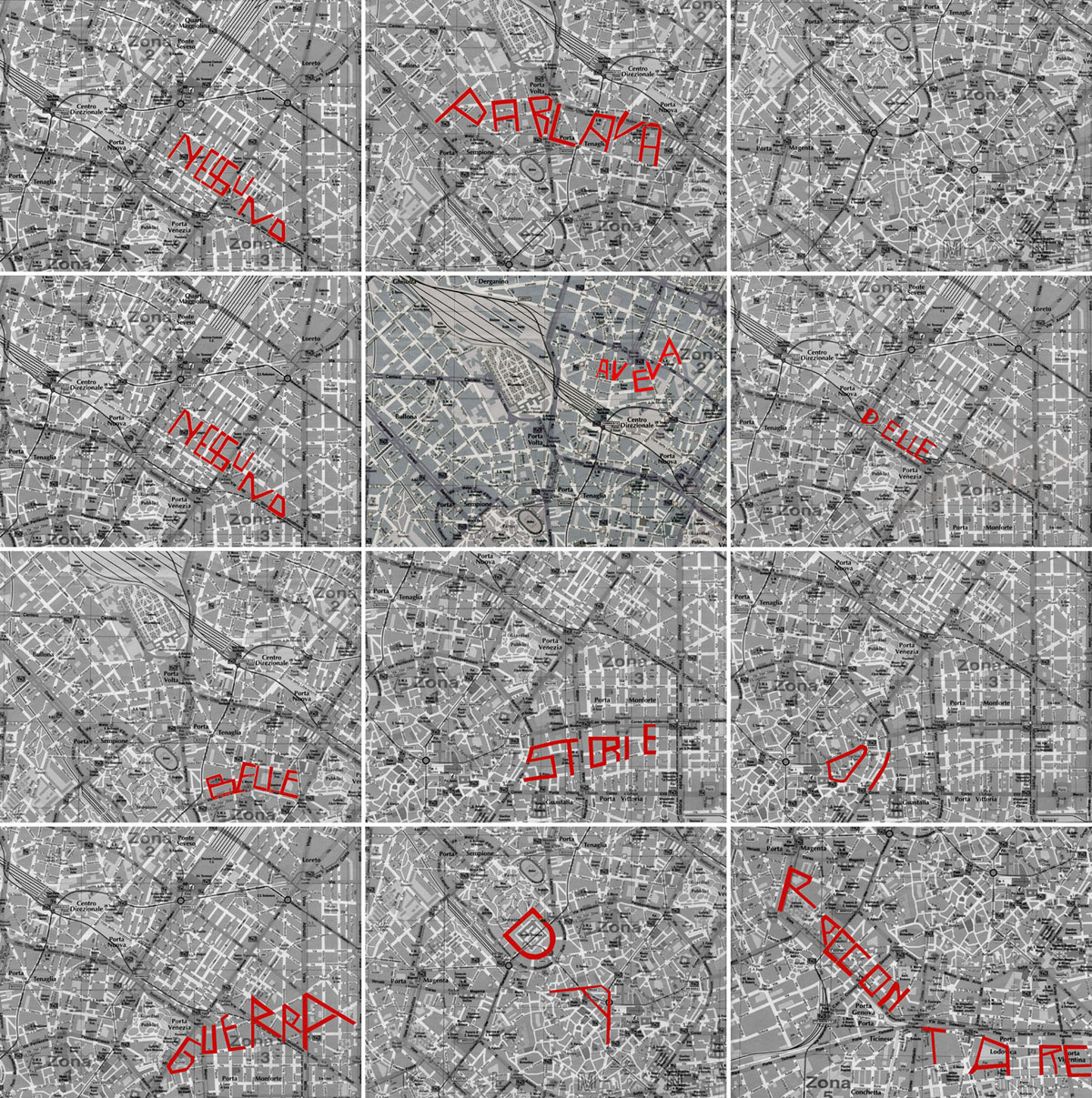 The aim was to spread the news in an unusual context and with a peculiar modality, to communicate the drama in a more direct way. Normally one check the news intentionally from a conventional environment (television, newspapers, radio), before they are overcome by the next event of the day. The unexpected confrontation in a public place, with news on the agenda, leads us to reflect on problems set temporarily aside and possibly to discuss them with others. 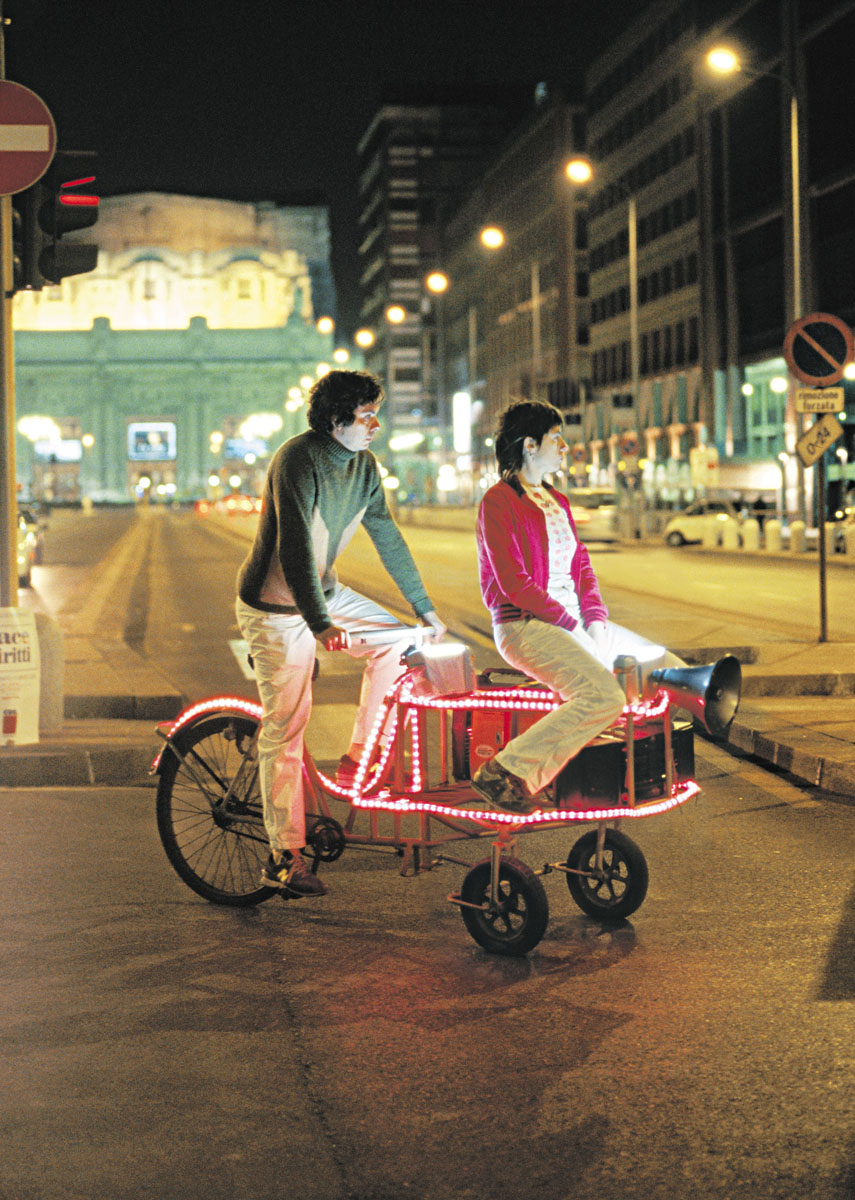 The image evoked by the fairytale appearance of this bicycle trailer, is counteracted by the dramatic content of the sound track.

The project was carried out in collaboration with Radio Popolare Milano and was dedicated to the pioneer of political street art C.T.