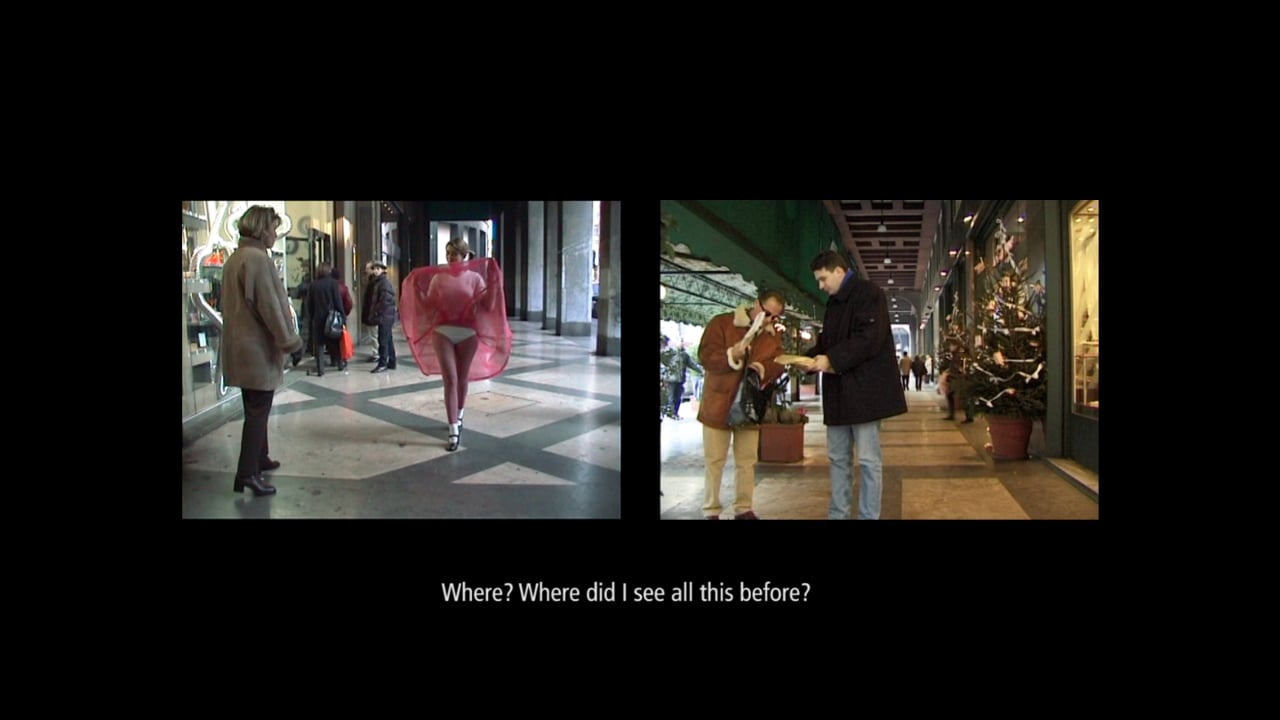 The installation consists of two synchronised video projections on two opposite walls. The two videos are a documentation of an action that took place in the fashion district of Milan. The artist, dressed in a childish way, is walking along street lifting her skirt and showing her underwear to the passers by. One video shows the artist in action, the other one, shot from the opposite point of view, documents the passers by walking towards the woman. The people in the video are in this way crossing the exhibition’s space, appearing first on one wall, then on the other, walking past the woman who is showing her knickers.

The soundtrack consists of a voiceover that comes and goes in time, in the fashion of a stream of consciousness. From time to time, the voice is also singing a song and sometimes the installation is silent. The alternation of silence, whispers and singing is meant to enhance the dreamlike atmosphere created by the images.

Inspired by the stereotype of the pervert who is following the little girl outside school and the common dream of finding oneself walking around the streets with no clothes on, or getting lost on the way, this projects intends to be a reflection on the alienation and precariousness of the single individual as opposed to the mass that inhabits the city. The little girl has grown up and has turned into an exhibitionist herself, but her behaviour is not violent or perverse, her actions become the ostentation of a desire (a need) to communicate with the other and an attempt to assert her own identity through the image of something being unveiled (her dress is made of voile). The gesture of showing private parts in a public space, makes the woman vulnerable, but at the same times offers the possibility for an exchange.