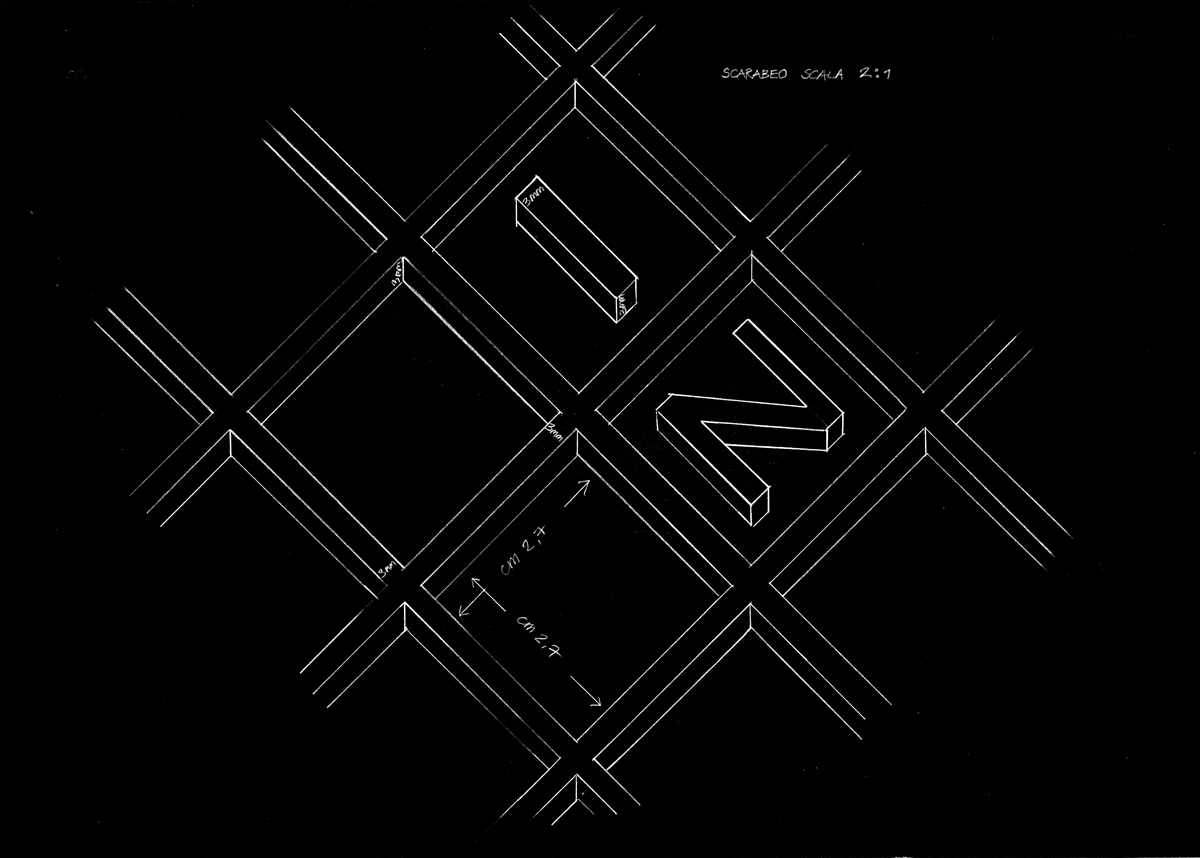 This project consists of a multiple installation with sound comprised of a stone table with 4 chairs placed around it and a swing, fruible by the public trough the experience of listening and playing.

Rather than separate piece, this installation consists of a single narrative split into several parts, in which the story is told from two different points of view. As they often do, Mocellin and Pellegrini deal here with issues such as the double and the mirror, the narrative, the metaphor of childhood and the world of games, the use of the voice and the written word.

When approaching this project the artists imagined to discover an ancient mystery, hypothetically tied to the garden’s history, but hidden for ages in the thick of the garden’s vegetation. As tough behind the apparent order of things, behind the precise geometry of this tamed, Mediterranean garden, the park revealed a more complex and romantic nature, more similar to a cobweb, along whose invisible lines runs a subterranean energy, able to reveal ancient secrets. 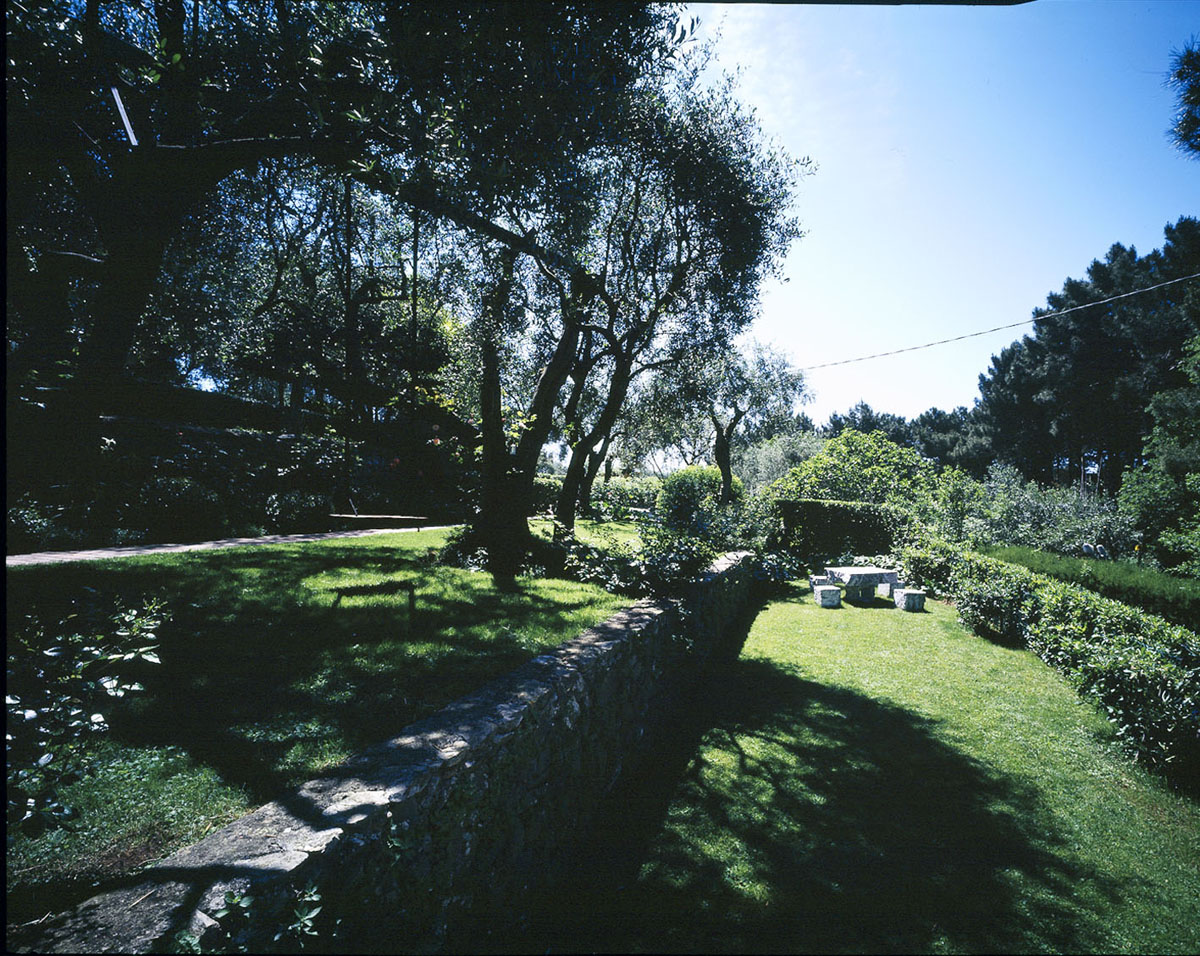 Ottonella Mocellin and Nicola Pellegrini, taking inspiration from the novels “Ada or Ardour” of Vladimir Nabokov and “Angels and Insects” by Antonia Byatt, both set in Victorian times, imagine a story of incest between brother and sister that blossoms amidst the verdure of La Marrana. 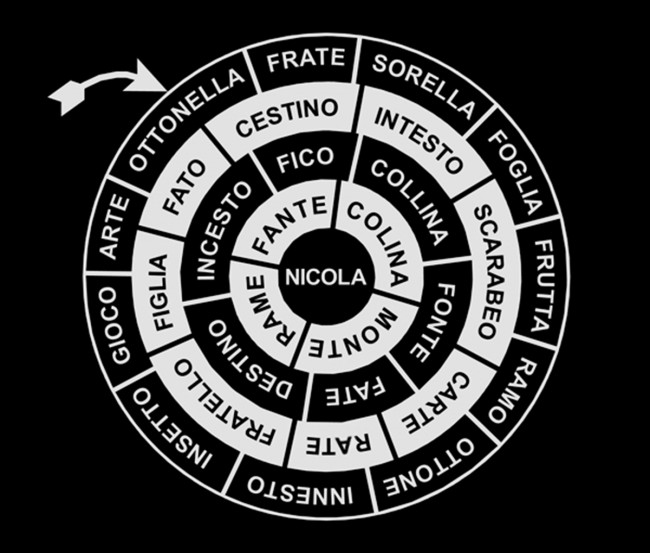 The garden becomes thus the symbolic place of children’s games, romantic love, and the mysterious awakening of nature and the senses. They inhabit the garden of imaginary insects that underscore the metaphor of sexuality, while the dimension of play is manifested through the word game of scrabble and the riddle exercise “bersaglio” (target).

le cose non sono quelle che sembrano is a multiple installation, comprised of a swing, a stone table and four chairs placed around it and various plants. 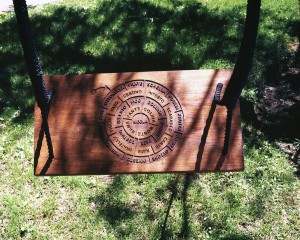 A wooden swing hanging from a structure stretched between two olive trees, on which is engraved a game of the target. Along the ropes of the swing are located two speakers that reproduce a part of the story . The sound is driven by a photocell from the rocking motion of the swing.  Around the swing grow two rose bushes.

A scrabble board is sculpted on the table top, in which the words INCEST/INSECT are interwoven; the pieces necessary to play are contained inside the table, on which are also placed two speakers that repeat the story written and interpreted by the “siblings” Ottonella and Nicola. 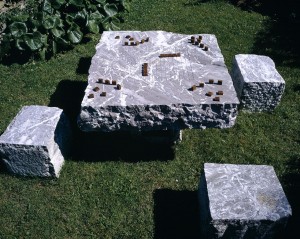 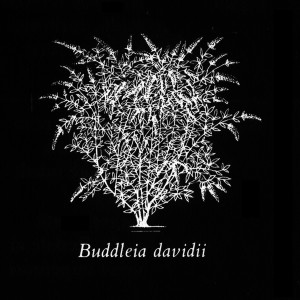 A Budleia Davidii, which attracts butterflies, the symbolic animal of transformation, and a graft of two varieties plum trees, which alludes to a “plant incest,” have been planted near the table.

A fruit tree with a double clutch (in italian clutch is “innesto”, metaphor for incest) on the same plant , which produce two different fruits. 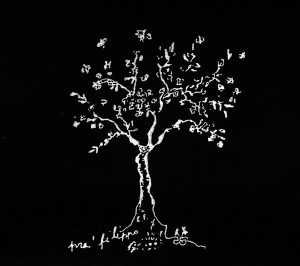 This project is thus considered to be a work in progress, whose relationship with the place that houses it gets more intertwined and complicated with the passage of time. 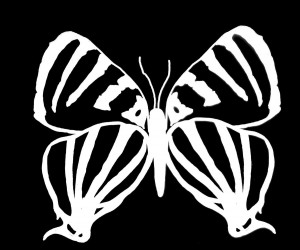 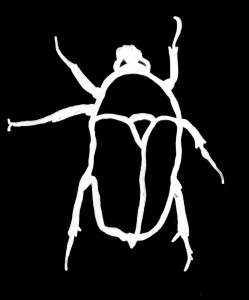 “The view of the story, fragmented by the observers’ movements, is unified through the very life of the garden.  The works will grow and transform like seeds strewn on the ground, or like the pollen that real and imaginary insects scatter on flowers.” (F. Pasini) 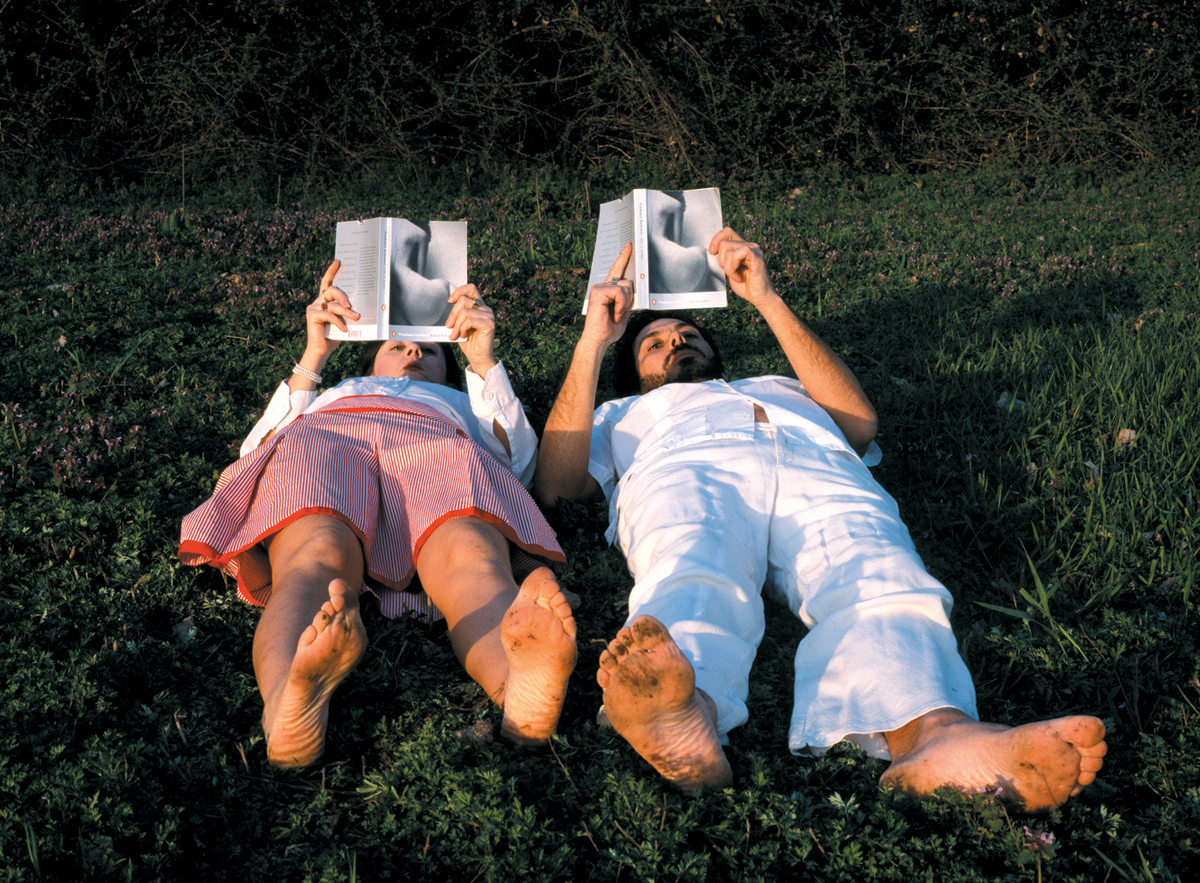 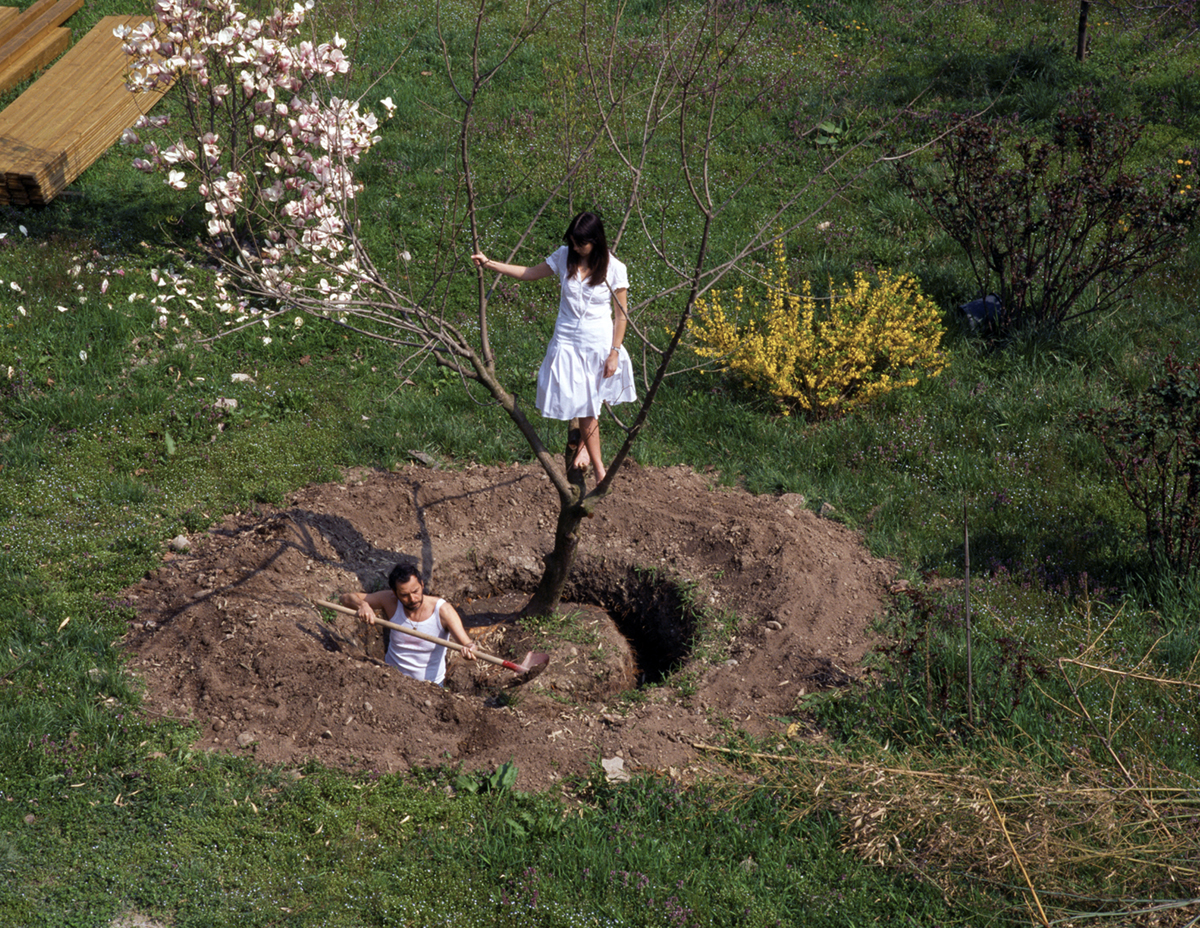