The video is based on my memories of my father illness and of the loss that followed his death when I was a child. The images are of myself naked under the strong waterfall of a fountain in the middle of Milan. In the background the traffic flows with indifference. The water that falls on my head as rain on my existence is scratching the surface of the video, partially erasing my image. The story is told through a sound cut up taken from famous films. From Woody Allen to Blade Runner, from Fassbinder to Truffout, the dialogues creates the syncopate narrative flux of a tormented inner monologue.

The prints are a combination of a still from the video la pioggia sulla testa and the still from the film corresponding to that exact moment in the sound cut up. 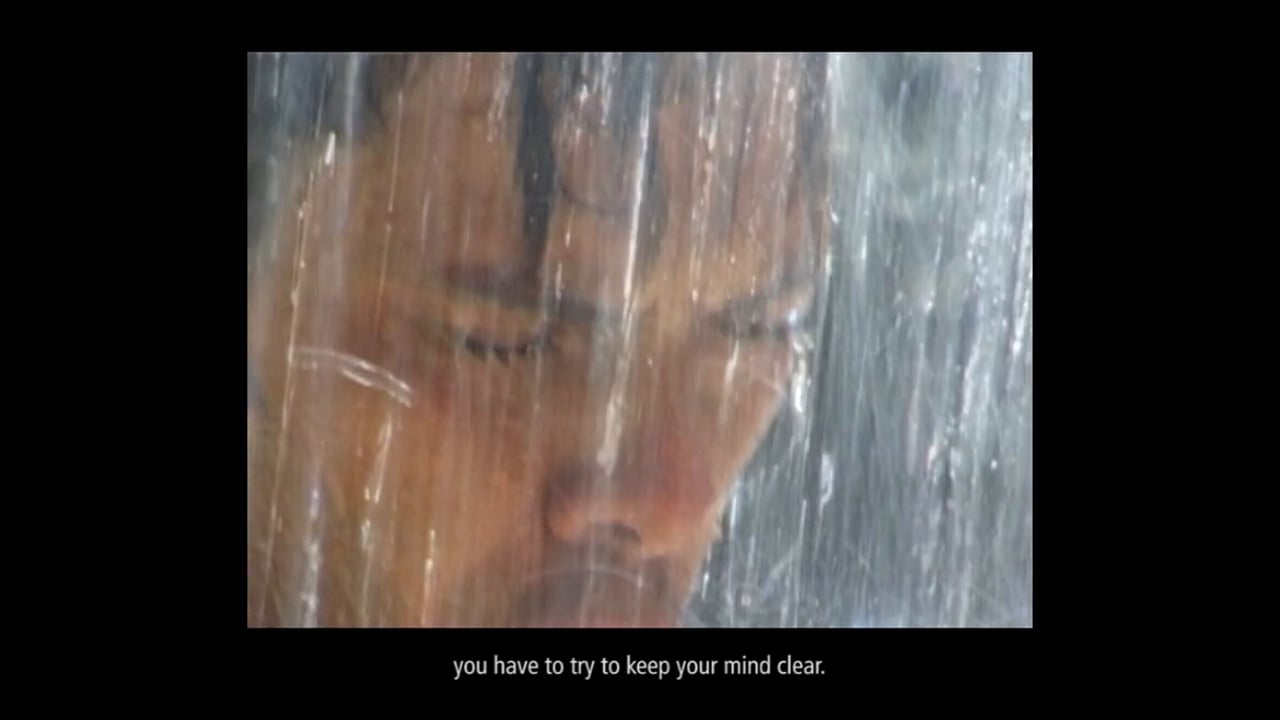