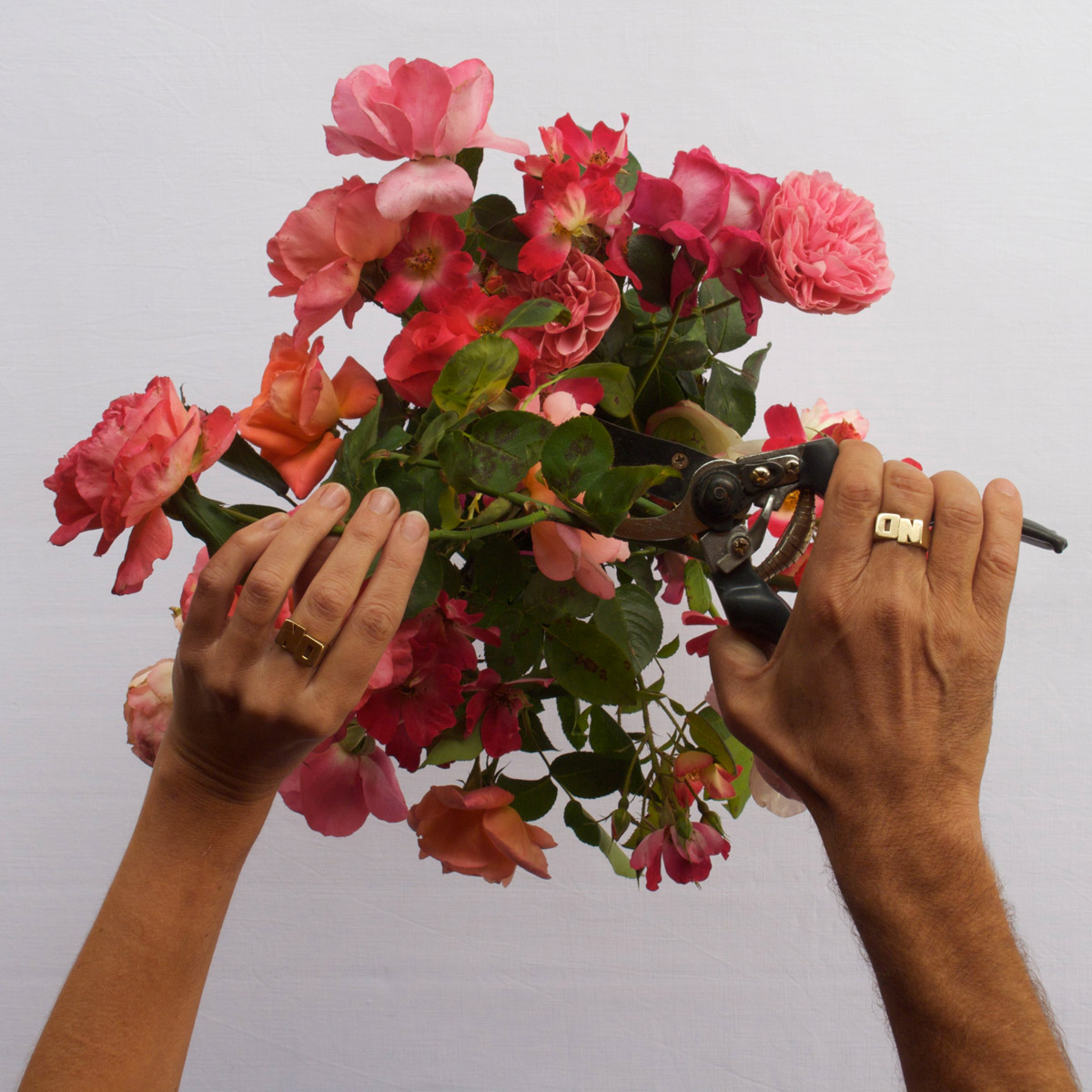 allontanati da me explores the contraposition between desire for independence and need of the other, that characterises every love relationship. The inability to understand each other completely is here offset by the necessity to free oneself from the emotional bond, in order to maintain one’s identity.

Keeping in mind that  every personal identity is based on the relation with the other, (the necessary other), the video investigates the dichotomy union/separation as the tension that feeds every love relationship. 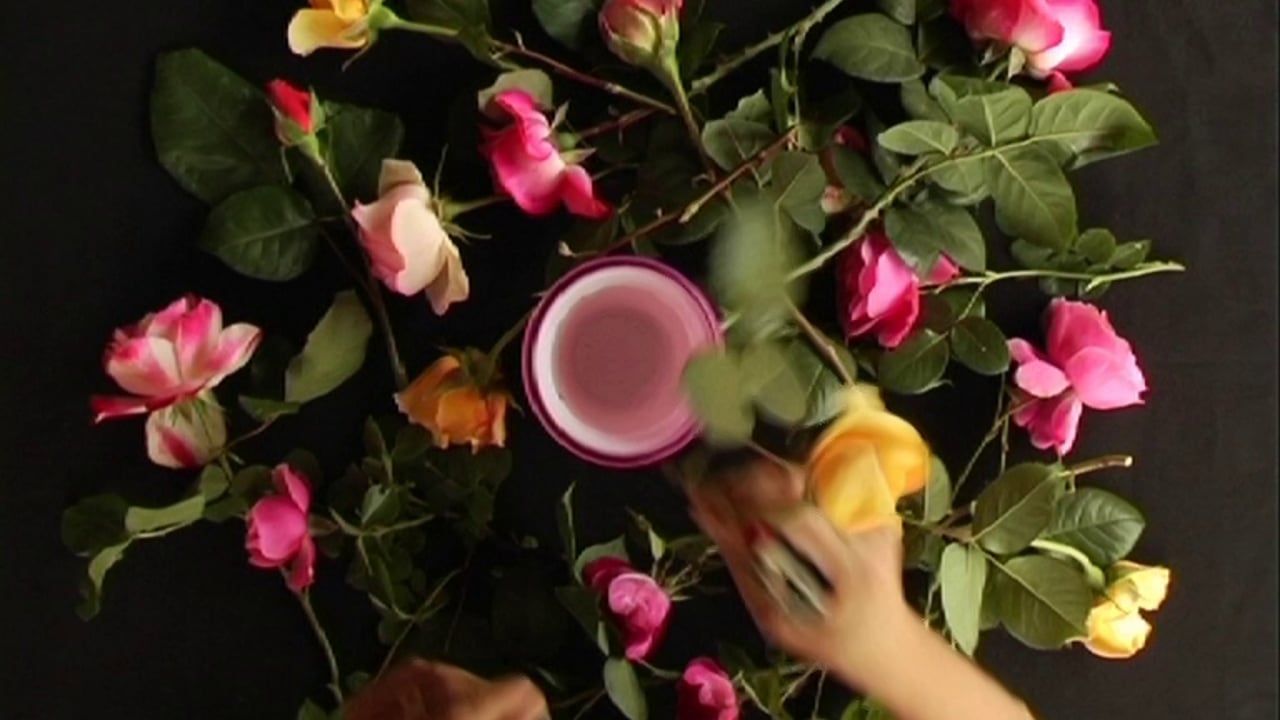 The camera frames from above 2 hands in the process of making a flower arrangement. At the beginning of the sequence we see an empty vase and a bunch of roses laying without a precise order around it.  Slowly the hands start working, cutting and cleaning the roses, and placing them in the vase.  At the end the composition the hands leave the frame. Looking closely at this apparently ordinary gestures, which refer to the ikebana tradition and convey a feeling of tranquility, one realises that the two hands don’t belong to the same person, but to a man and woman.

The soundtrack consists of a montage of sounds of falling domestic objects that break, mixed with the voices of a man and a woman who speak in unison reciting, like in a broken mantra, a sequence of sentences on the difficulty of the love relationship. These phrases, whispered in a rhythmic way, are taken mainly from two films: Jean Luc Godard’s À bout de souffe and Hiroshima mon amour by Alain Resnais. The two films that have marked the beginning of the Nouvelle Vague, reflect, albeit in a different way, on the deep relationship between love and death that feeds every relationship.

The slow and repetitive action of arranging flowers captured in this hypnotic sequence endorses the listening dimension, which becomes, as in many works by Ottonella Mocellin and Nicola Pellegrini, the predominant dimension of the work, with its different and deeper meanings .

On the other hand, only the relationship between image and sound conveys the sense of difficulty mentioned in the work. While the hands that compose the bouquet create an order from disorder and seek the union of male and female, like the voices speaking in unison to create a harmony; the sounds and words tell the story of a breech. The discrepancy between images and sounds intends undermine stereotypes linked to the common perception of the domestic universe.

Included in the project is a series of photographs that, using the same stratagem, investigate the idea of the relationship through a reflexion on everyday actions often attributed to a gender issue. 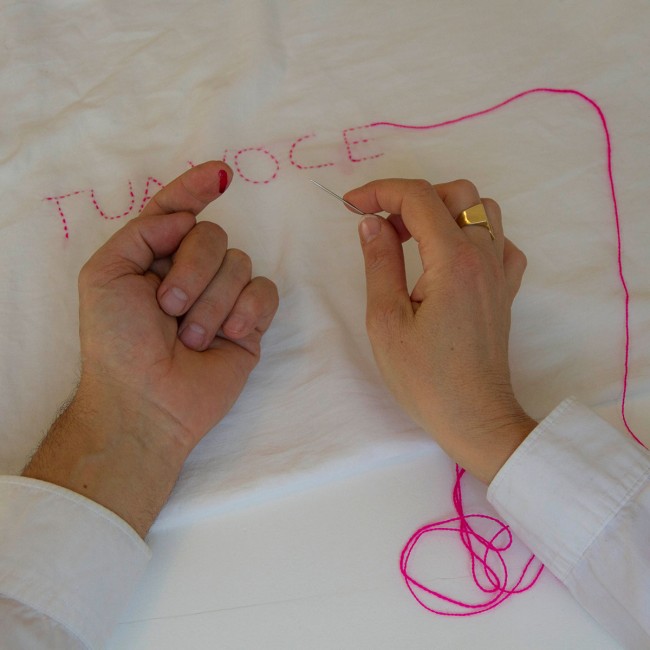 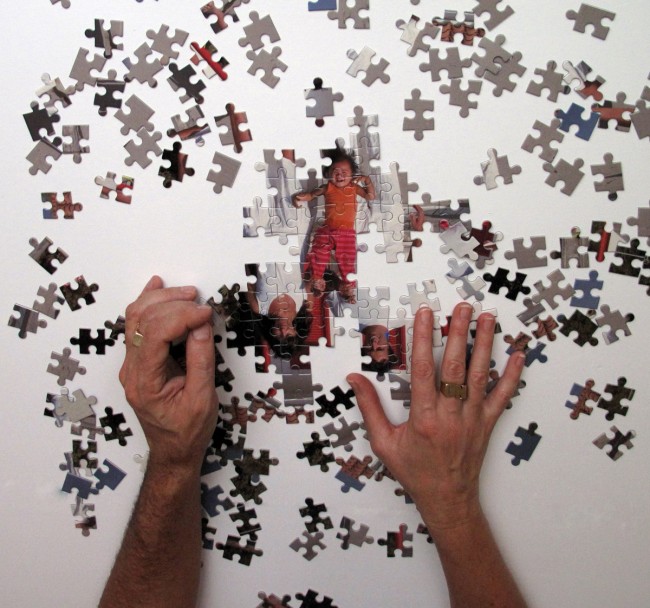 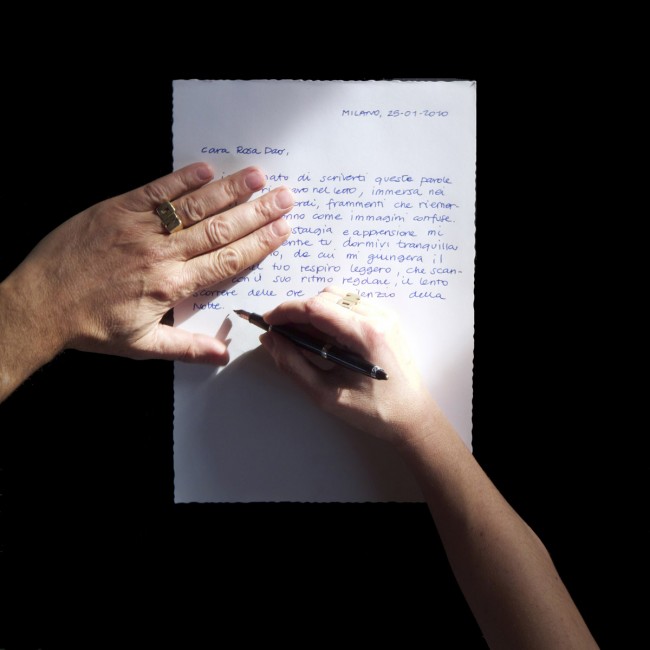 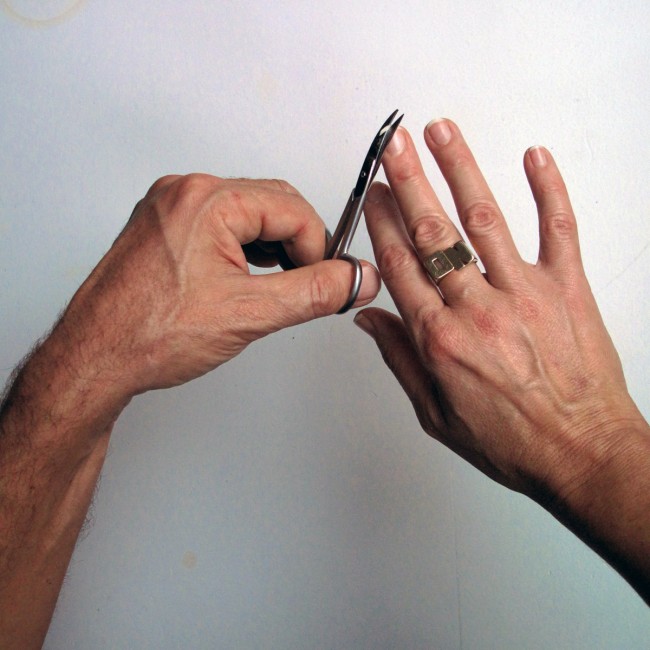 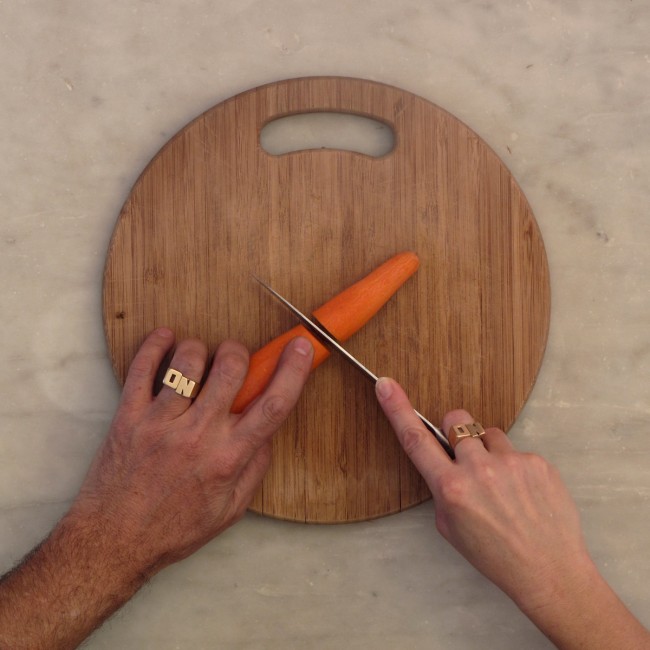