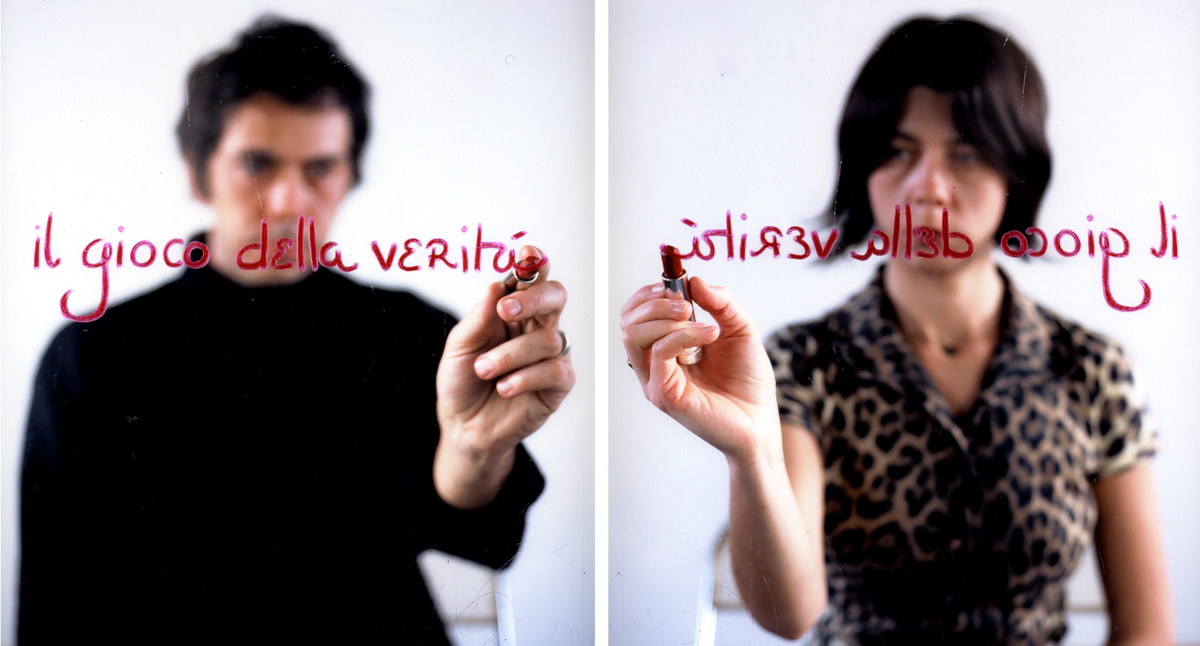 Il gioco della verità (the game of truth) is part of a series focused on the idea of the game as a metaphor for power dynamics in interpersonal relationships.
The game becomes here a contest in which at arm’s length one person tries to hit the back of the hand of the other. During the action, visible and audible only from the street, the artists write on the gallery’s window a series of questions regarding love the meaning it has within couple relationships and the game continues until the glass is entirely covered with words. Ottonella writes in reverse, so her questions become straight from the other side of the window, wile Nicola does the opposite. The spectator participates thus at a minimal but significant distance, separated by the space in which the action takes place by a transparent wall of words that traces the borderline between public and private spaces.

At the same time the public hears a montage of fragments of conversations between lovers taken from films that, while adding meaning to the work by placing it into a more collective sphere, does not answer our questions as tough to underline the impossibility to grasp an absolute truth. The visual background for the action consists on a video projection where hundreds of colored hearts float in liquid, creating a sort of fish tank effect. 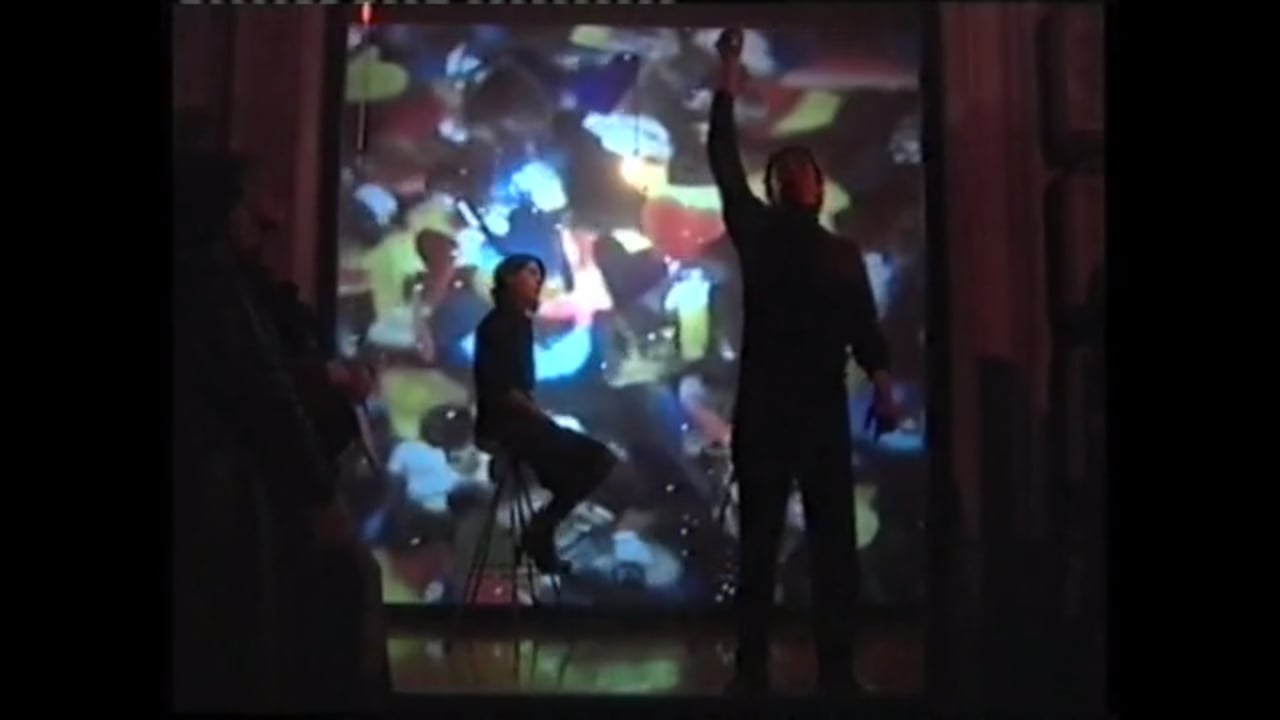 the game of truth (just married and then?) 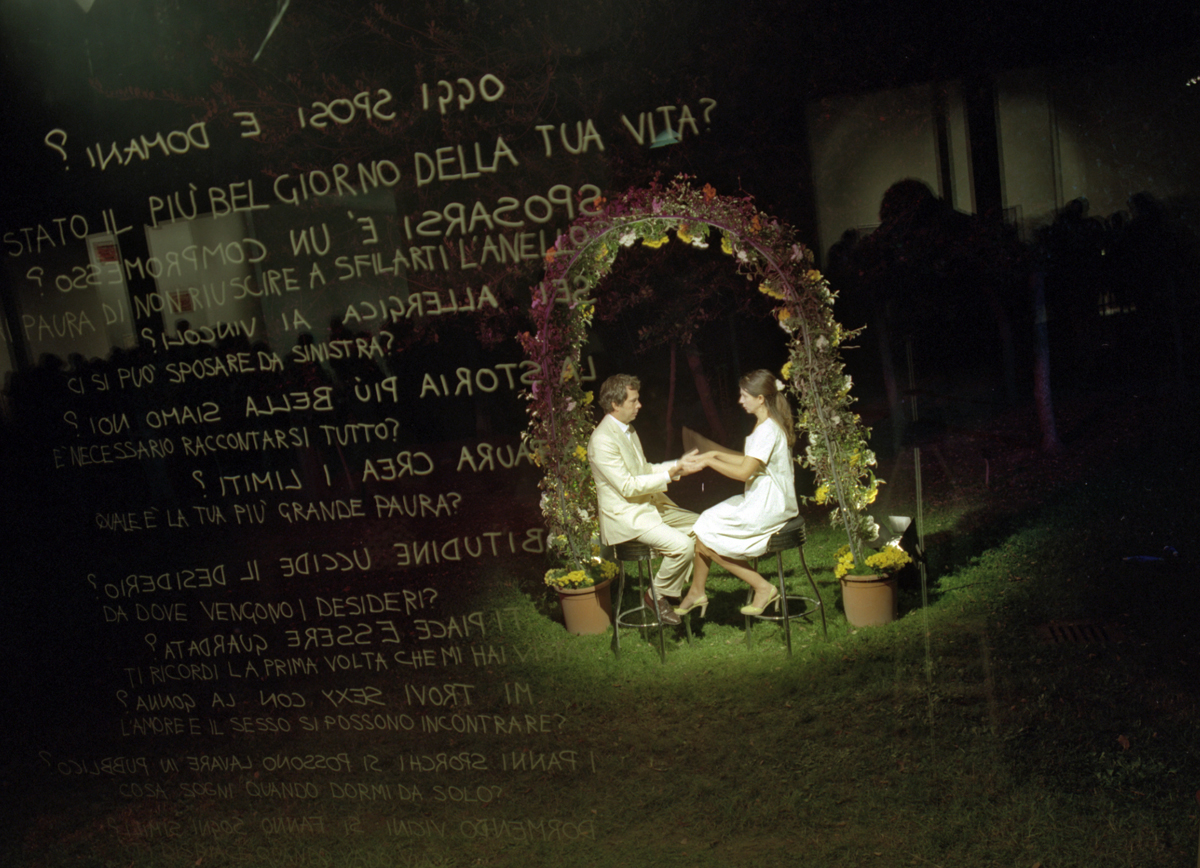 The project was re adapted with the title the game of truth (just married and then?) for an exhibition that opened 3 days after their wedding. In this case they perform wearing their wedding outfits and the questions they write on the window talk about the theme of marriage both from an existential and political point of view.

Besides its self irony, underlined by the kitsch-romantic set that frames the action, this work suggests a reflection on the hypocrisy of the Italian Government, which is pushing society to go back to more conservative standards, where family and marriage assume an absolute value. 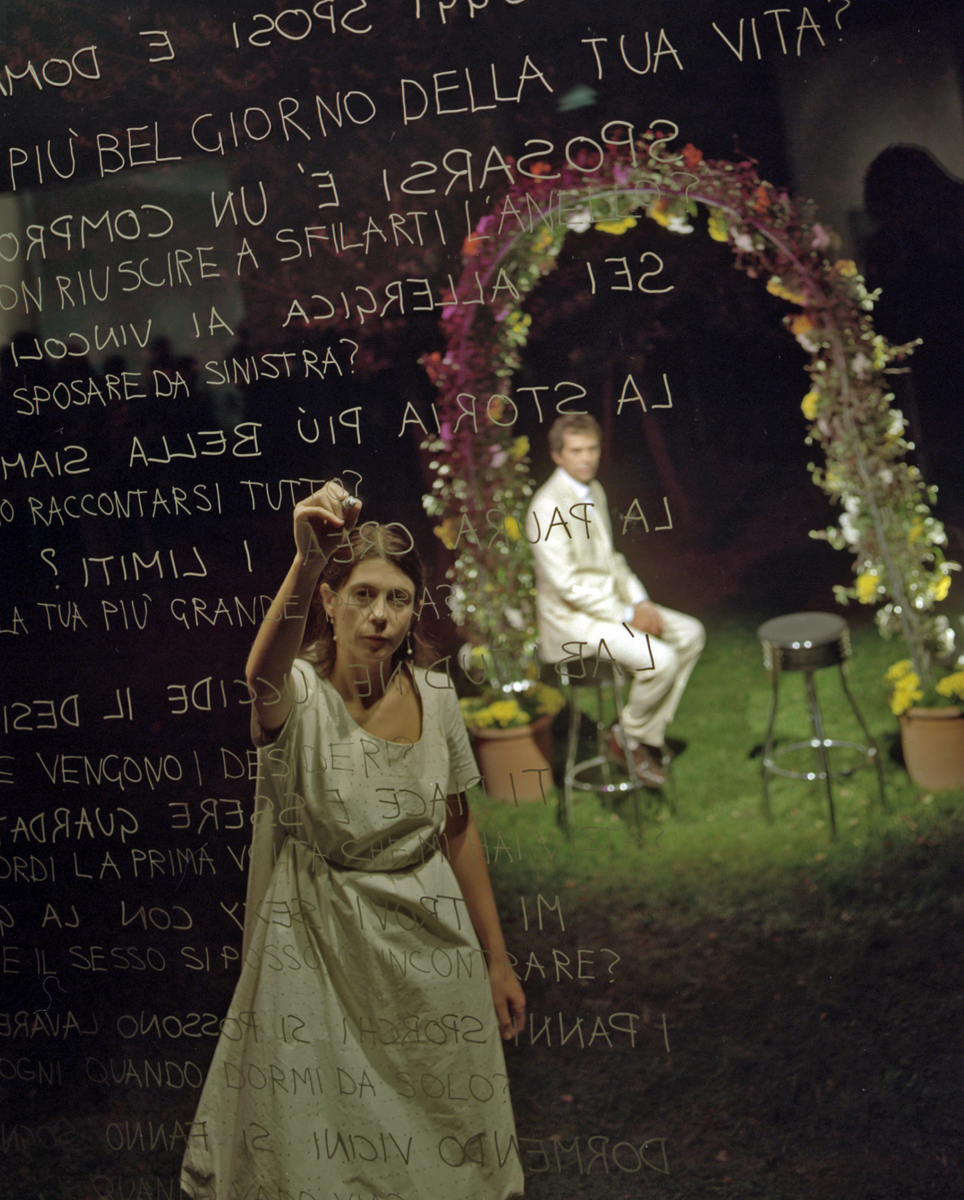 Overturning the stereotype of marriage as domestic matter, the action takes place outside the museum while the public is inside the gallery. On the background, instead of the hearts video of the first performance, the lit garden and a romantic arch under which the game is played.

The sound piece is the same as in the forts performance.