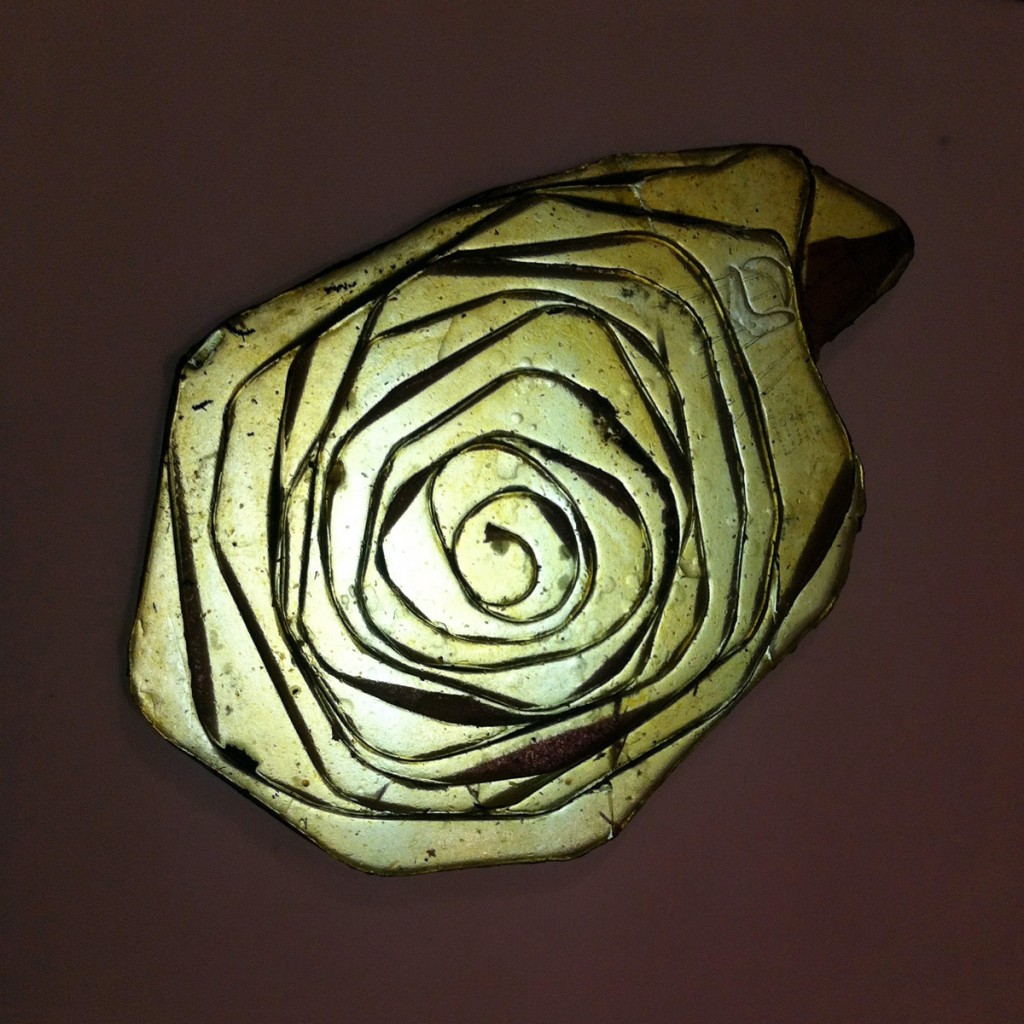 The churinga is a totemic object widespread among Aranda, Australian Aborigines.

These five object of transparent epoxy resin, are records of the physical and psychological distance between mè and five points of a square in London: a luxury car that was out of a gate, a gardener who was cutting the leaves of a bush, a woman with stiletto heels that had stumbled on a manhole etc. I laid adhesive tape on the floor between me and each of these five points, collecting dust, leaves and garbage that littered the surface of the soil. I then rolled this tape in a spiral, leaving at the center the point where I stood and incorporating at the other end a piece of chalk on which I had drawn a symbol of the point of the square. I then connected these five places in a story inspired from the mith of Pygmalion, with specific references to the objects of the square (the gate, the manhole etc.). 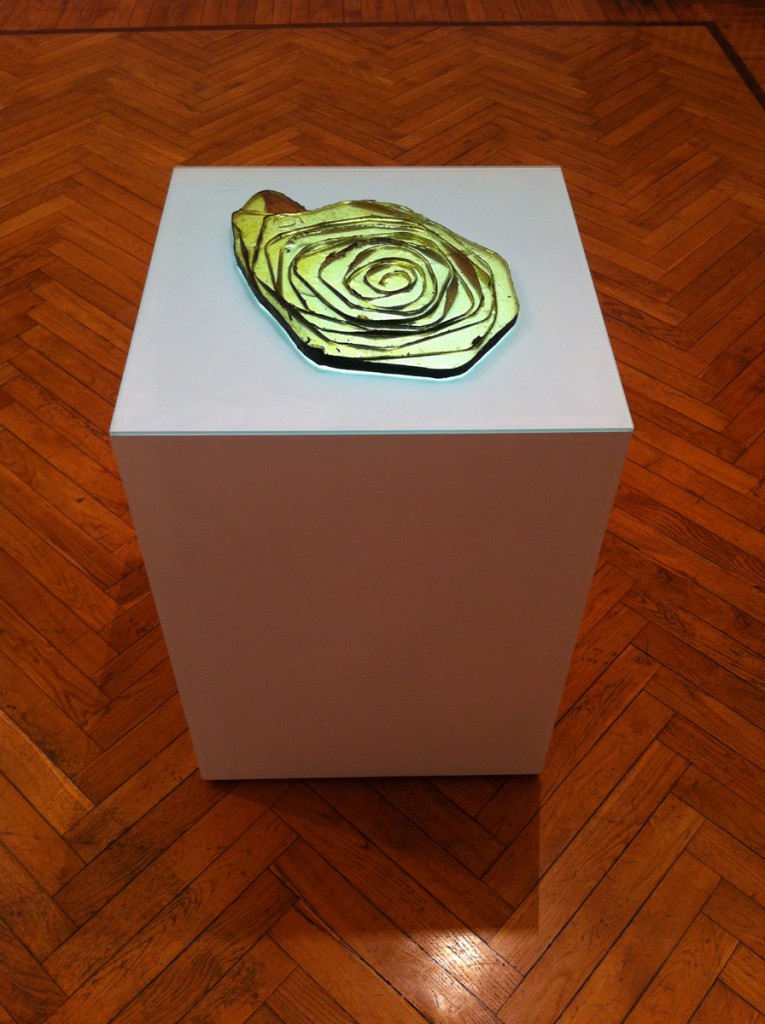